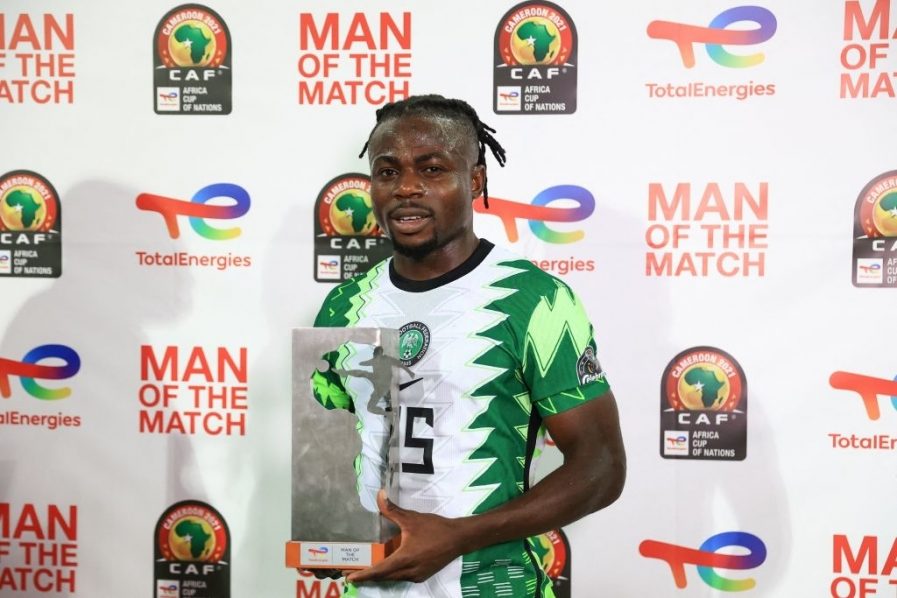 Moses Simon is the only Super Eagles player nominated among 30 players for the Confederation of African Football (CAF) Men’s “Player of the year” award.

CAF released the names of the nominees on Thursday.

Simon was among Super Eagles team that crashed out of the second round of 2022 AFCON after a scintillating performance in the group stage, where they won all three matches.

He won the Frencgh Cup with his club, FC Nantes, playing 34 matches for the club, scoring six goals and eight assists.

Anambra:Ekwueme’s Daughter Speaks On Her Nomination As Running Mate To PDP...

innonews - September 21, 2017 0
"It is with utmost humility and a great sense of responsibility that I address all of you this morning. "Anambra State has a plethora of...