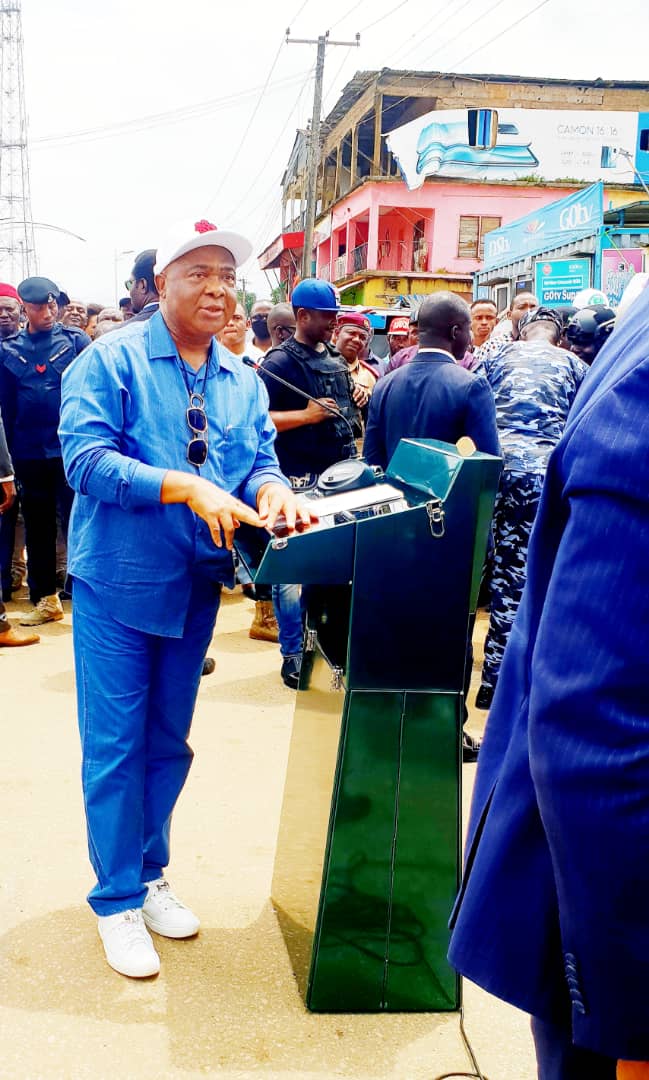 Hope Uzodimma, Governor of Imo State, has reassured the people of the State of his administration’s readiness to build quality roads across the State.

Speaking at the Flag-off of 46 kilometer Owerri/ Umuahia Road dual carriage way, the Governor expressed optimism that the road when completed, will stand the test of time.

At the flag off of Orlu- Mgbee- Akokwa road, he said he entered into a covenant of shared prosperity with the people.

“I entered into a covenant of shared prosperity. I own no hotel or property in Imo State.

“My only assets are the people.

“This road is one of the most strategic, economic stimulation roads.It is a road that has been abandoned by previous administrations. But it has pleased God that we must do this road to give succour to our people” he stated

innonews - May 15, 2018 0
Some lawmakers from Imo State have met with the National Chairman of the All Progressive Congress, APC, Chief John Oyegun. The lawmakers are part of...