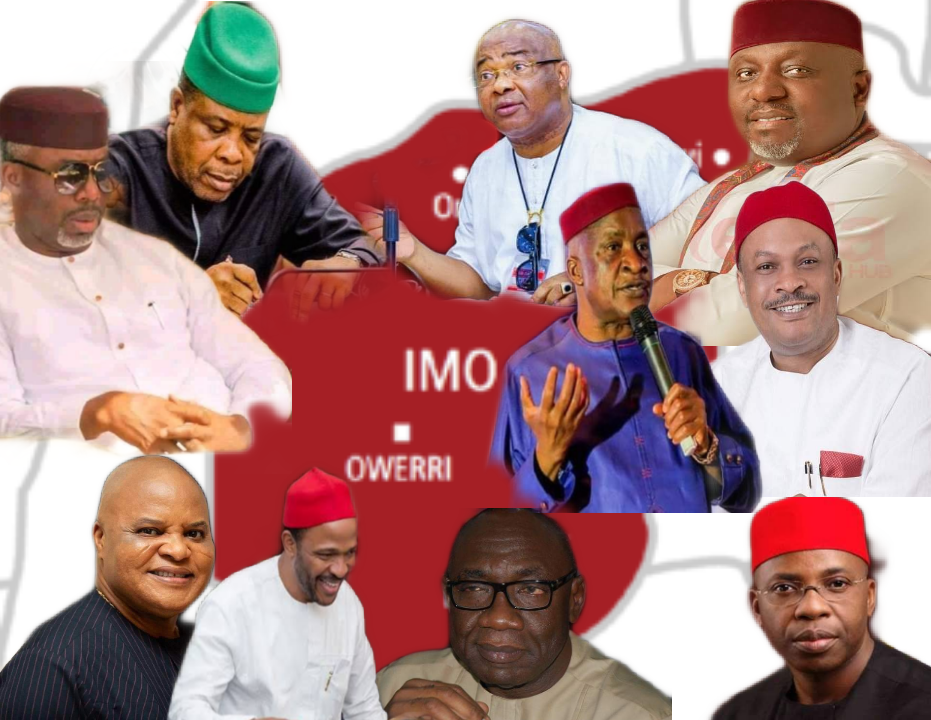 In the Peoples Democratic Party, PDP, which is the main opposition political party in the state, two major players in the party, former Governor Emeka Ihedioha and PDP National Secretary, Senator Samuel Anyanwu, have begun early preparations to pick the party’s governorship ticket ahead of the 2023 governorship election.

Ihedioha, widely believed to be making moves to come back to Douglas House, after his removal as Governor by the Supreme Court, is deeply in alliance with the party’s presidential candidate, Atiku Abubakar.

Rivers State Governor, Nyesom Wike had placed second in the contest after Tambuwal had stepped aside from the race and backed Atiku for the party’s presidential ticket.

The Tambuwal/Atiku alliance was a technical knock out for Wike.

Wike and Atiku are at cross roads at the moment over the former Vice President’s decision to dump the Rivers State Governor  for his Delta State counterpart, Ifeanyi Okowa, as his Running Mate.

Wike insists that Iyorchia Ayu ,the PDP National Chairman must quit, as a basis for reconciliation with the former Vice President on the grounds that the Party’s presidential candidate and National Chairman cannot come from the North.

The political gymnastics in the PDP at the national level do have serious implications for the Imo State chapter of the party because it shaped the political alignment of the two competing political actors in the party.

Sources said Senator Anyanwu is favoured for the PDP National Chair position if Ayu resigns, a position expected to give him the cutting edge over other contenders for Imo PDP guber ticket.

In the All Progressives Congress, APC, in the state, some loyalists of Governor Hope Uzodimma have also changed political camp, while some have shifted allegiances.

A handful of them have joined Peter Obi’s Obidient movement in the labour party. They are Chief Martin Agbaso, two former Commissioners, Mr.Fabian Ihekweme and Barr Kingsley Onunuju.

Pictures of Agbaso and Peter Obi, the Labour Party Presidential candidate had surfaced online two months ago, giving credence to widely held belief that the Emekuku born politician has dumped the ruling party.

Also, those who lost party primaries in the APC and PDP in the State have realigned and shifted allegiance to other political parties, majority of them opting for Labour party.

Senator Ezenwa Onyewuchi who lost the PDP Imo East Senatorial ticket to Hon Uche Onyeagocha, has crossed over to the Labour party.

A former Majority Leader of Imo State House of Assembly, Hon Uche Ogbuagu dumped the APC for Labour party, where he is the candidate of the party for Mbaitoli/Ikeduru Federal Constituency.

Hon Henry Nwauba, who is seeking a third term at the House of Representatives has joined the All Progressives Grand Alliance, APGA after losing the PDP ticket.

innonews - February 15, 2020 0
By Evangeline Opara The NYSC in Imo and the EFCC on Friday engaged youths, women organisations, NLC and some...

innonews - September 15, 2021 0
BY JOY ANOSIKE The All Progressive Congress, APC, in Imo State, on Wednesday, was joined in it's fold by...

innonews - July 30, 2022 0
Following the resolve of the shared prosperity government of Gov. Hope Uzodimma to revitalize moribund and confiscated industries owned by the state...

Can Owerri People Bark And Bite? Part I. BY DR. CHUKS...

innonews - December 18, 2017 0
A couple of weeks ago, I discussed the issue of the Governorship come 2019 in respect of the Owerri People’s Political Summit held on...