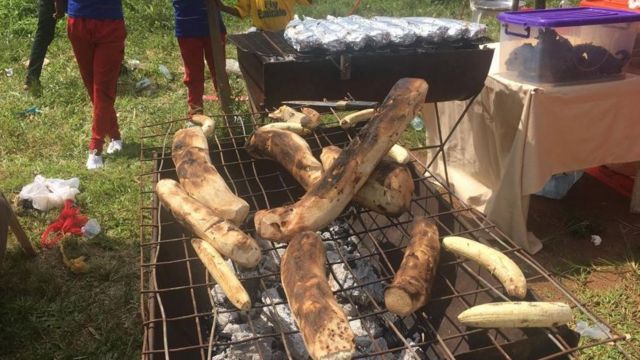 The popular Ji Mbaise, the annual cultural New Yam festival of Mbaise people in Imo State, turned to a political battleground for political gladiators in the state in the two leading political parties in the state- the All Progressives Congress, APC and the Peoples Democratic Party, PDP.

This year’s event was no exception, as the event was once again mired in politics and brazen display for power.

While stakeholders and members of the PDP led by former Governor of Imo State, Emeka Ihedioha, celebrated the festival on Monday, August 15, at his Mbutu residence, the All Progressives Congress, APC led by Governor Hope Uzodimma and top government functionaries, stormed Mbaise nation on Tuesday, August 16, to celebrate the festival with Mbaise people.

Governor Uzodimma was conferred with the prestigious traditional title of Enyioha Mbaise by key traditional rulers in the entire Mbaise nation, an event held amidst pomp and pageantry and witnessed by key stakeholders in Mbaise nation and beyond.

Sources said it has been the culture of Mbaise Nation to recognize State Governors with chieftaincy titles.

This newspaper observed that the Ji Mbaise event, though a cultural ceremony, most times take the colouration and shape of political carnival where politicians flex muscles, showcase political relevance, might and strength.

In 2018, then Governor Rochas Okorocha desperate to hand over to his son in law, Uche Nwosu, allegedly coaxed some traditional rulers in the area to confer Nwosu a chieftaincy title.

In 2022, while there were no clashes, the festival- though cultural- reinvented the silent and cold contest for political power by the two dominant political parties in the state.

A newspaper columnist, Mr. Richard Odu, had described the ji mbaise as a festival mired in politics and violence. He aptly captured the political undertones which shape the event.

Odu wrote “Gradually, Ji-Mbaise transformed into a political ground where unscrupulous politicians, especially among the gubernatorial aspirants, put up appearance and haul brickbats at each other. In the end, the Mbaise nation gets polarised in this vote hunt.  The obvious feeling is that whoever finds favour with Mbaise, an area noted for its dense population, coasts far into victory when votes count”

Imo PDP: Party Flags To Fly At Half Mast, As Pioneer...

innonews - March 26, 2020 0
The Peoples Democratic Party, in Imo State, says it will fly its flags at half mast in honour of its Pioneer...

innonews - February 20, 2020 0
BY: JANE UKONU The ongoing legal fireworks on Imo governorship election has been identified as...

innonews - April 26, 2018 0
Ahead of the 2019 general elections, the Abundant Nigeria Renewal Party (ANRP) has constituted a Shadow Government. It is the first political party to...