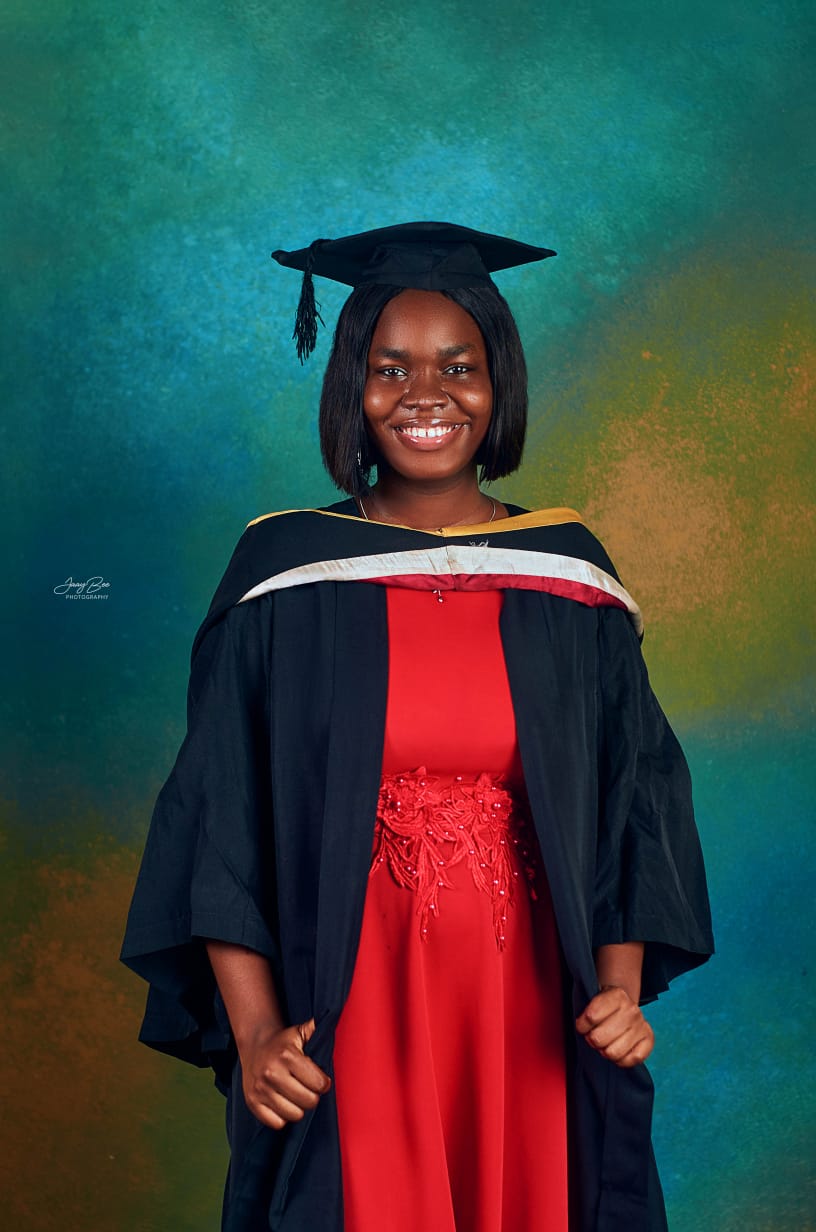 A prominent daughter of Imo State, Miss Amarachi Priscilla Ezihe, has put Imo State on the limelight for good reasons, as she bagged a first class degree award in Computer Science and emerged the best graduating student of Babcock University (BU), Shagamu, Ogun State with 4.81 aggregate.

Prior to her university education, she had attended Ideal Preparatory Pre-Nursery, Nursery, Primary, and Secondary Schools, Eket, Akwa Ibom State. She was took the first position at those stages, thus in her final year Secondary School she surpassed the school’s historical record by winning 11 prestigious awards.

Amarachi was born 20 years ago to the family of the Chairman Sports Writers Association of Nigeria, SWAN Imo chapter, Mr Everest Ezihe and Mrs Ruth Ezihe.

She hails from Umuelekocha in Oboro Umueze Ogwa in Umueze/Abazu Ogwa Autonomous Community in Imo state, presently the father is the President General of the famous autonomous community and was raised in  Eket Local Government Area of Akwa Ibom State.

Amidst cheers and celebrations last Sunday, the day convocation of the University was held, Amarachi Ezihe said she is grateful to God for His grace and guidance and to her parents for always being there for her. She dedicated the awards to all less privileged youths in Nigeria, praying for God’s favour upon their lives.

Ezihe expressed gratitude to the University authorities for being meticulous both in academics and character building, lamenting that it’s not easy to be a graduate of Babcock University because they are thorough in all academic ramifications.

According to her”it’s easy to enter BU but extremely difficult to graduate due to their standard, they will drill and task you physically, emotionally and intellectually just to make you the best in every endeavor of human discipline. This is one University in the world that doesn’t tolerate any act of indiscipline and if you are a lazy person, just forget Babcock University” she informed.

The academic icon also informed that she was focused throughout her academic  career being conscious of what the parents were passing through just to give her quality education and her vision and prayers was to make them proud.

She said that her vision is to further her studies abroad immediately after her National Youth Service Corps, NYSC, while advising Nigerian youths to shun anti social vices and drug abuse, insisting that there’s no short cut to an enduring success.

Ezihe informed that her daughter right from birth has shown being an exceptional child with high level of intelligence.

He pointed out that Amarachi has always assured him that she will always make the family proud and have demonstrated this by her humility, love of God and humanity, respect and charity.

The proud father recalled that he blessed Amarachi as a child of destiny and convenant right from her mother’s womb and thanked God for answered prayers insisting that she remains a special gift to humanity and her generation as the entire Olumba family is proud of her.

Uzodimma’s Revelation: End Of The Road For Igbo Presidential Aspirants In...

innonews - September 12, 2021 0
The latest revelation by Imo State Governor, Senator Hope Uzodimma, that the ruling All Progressive Congress, APC, is not interested in giving...

innonews - August 29, 2018 0
There are strong indications that top chieftains of the Imo APC Coalition may be contemplating plans to defect to other political parties in bid...

innonews - January 18, 2018 0
In what appears a deft move to swell his political camp and weaken that of his adversary, serial governorship aspirant and a chieftain of...