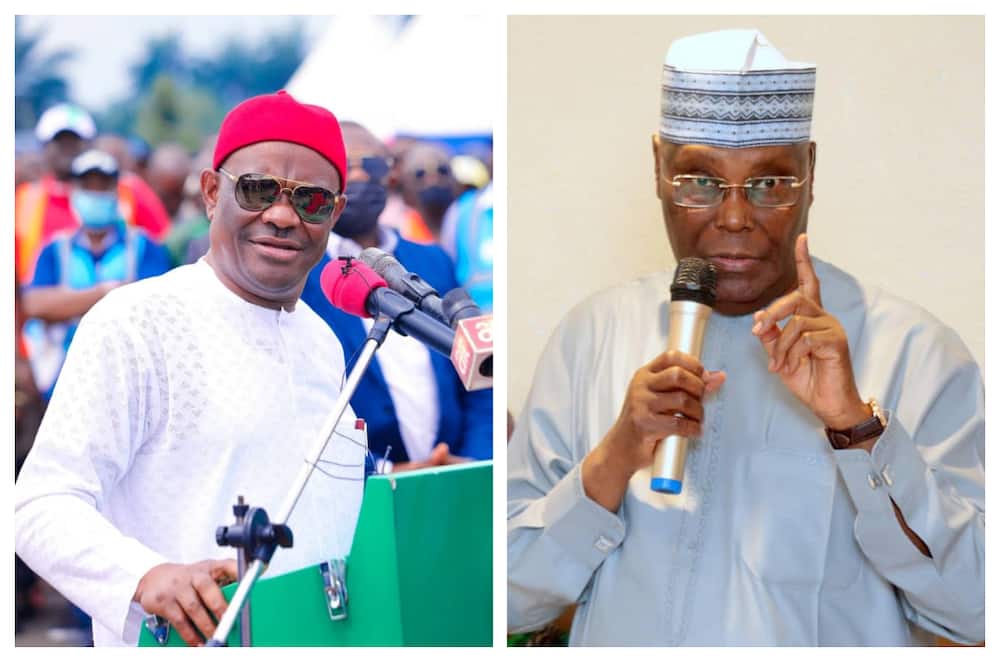 The raging crisis in the Peoples Democratic Party, PDP, has continued with indications emerging that the camp of Rivers State Governor, Nyesom Wike, is insisting on the resignation of Iyorchia Ayu, as National Chairman of the party.

Newspaper reports say that the Wike team is putting Ayu’s resignation as a precondition for talks and negotiation with the party’s presidential candidate and former Vice President, Atiku Abubakar.

According to sources familiar with the development, the team of the Rivers State Governor insist that Ayu must go.

Though there has been no official response from the Atiku camp, sources said they are opposed to the demand of the Wike group that Ayu must leave.

Wike and Atiku became bitter political foes after the latter choose Delta State Governor, Ifeanyi Okowa, as running mate, dumping Wike after a select committee of the party had selected the Rivers State Governor, as the right choice for the party’s vice presidential candidate.

Wike had placed second in the PDP presidential primary losing the ticket to Atiku Abubakar, who emerged the party’s presidential flagbearer.

innonews - February 11, 2022 0
BY GIDEON AGBALAMA Some aggrieved chieftains of the All Progressives Congress, APC, in Imo State, have concluded plans to...