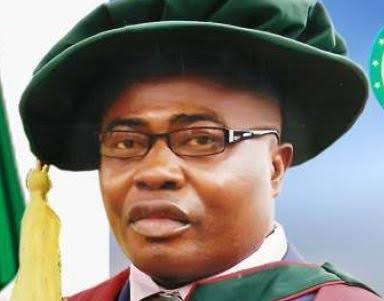 The Provost of Abia State College of Education (Technical), Arochukwu,Dr Phillips Nto has warned staff of the institution to desist from blackmailing the government over welfare issues.

He also asked them to refrain from acts capable of impugning on the integrity of management.

The Provost who spoke during a meeting he held with the staff in Arochukwu expressed shock that some union leaders have taken it upon themselves to degrade the image of the state government and management of the college in the name of fighting for the welfare of the staff.

Dr Nto expressed surprise that someone could write petition to irrelevant bodies complaining of non payment of salaries and promotion even when such assertion was patently false.

According to him, apart from the fact that Gov Okezie Victor Ikpeazu magnanimously released money for payment of one year salaries as agreed with the unions, the government has this year been responsive to its obligations even in the face of dwindling resources.

The Provost insisted that Ikpeazu has been consistent in addressing the welfare of staff within available resources.

Dr Nto noted that the government is currently working hard to ensure that all outstanding issues affecting the college are addressed.

On promotion of staff,Dr Nto said the management has been promoting qualified staff against the allegation that it had not carried out any promotion in the last seven years.

” Interestingly, even the man propagating this falsehood was promoted five years ago. At any rate, promotion of academic staff is based on many criteria including professional development, publications, and competence”, he argued.

He advised those toiling with the idea of precipitating crisis to make the institution lose accreditation to withdraw their steps as they would be the ultimate victims.

According to him, in the unlikely event that through subterfuge and outright sabotage the college is closed,the staff will be the losers and certainly not the state government”.

He therefore cautioned them to thread with caution so as not to cause any disruption in the system.

innonews - December 30, 2020 0
The Catholic Archbishop of Owerri Diocese, AJV Obinna, has described as misleading and false, news feed on the social media that the...