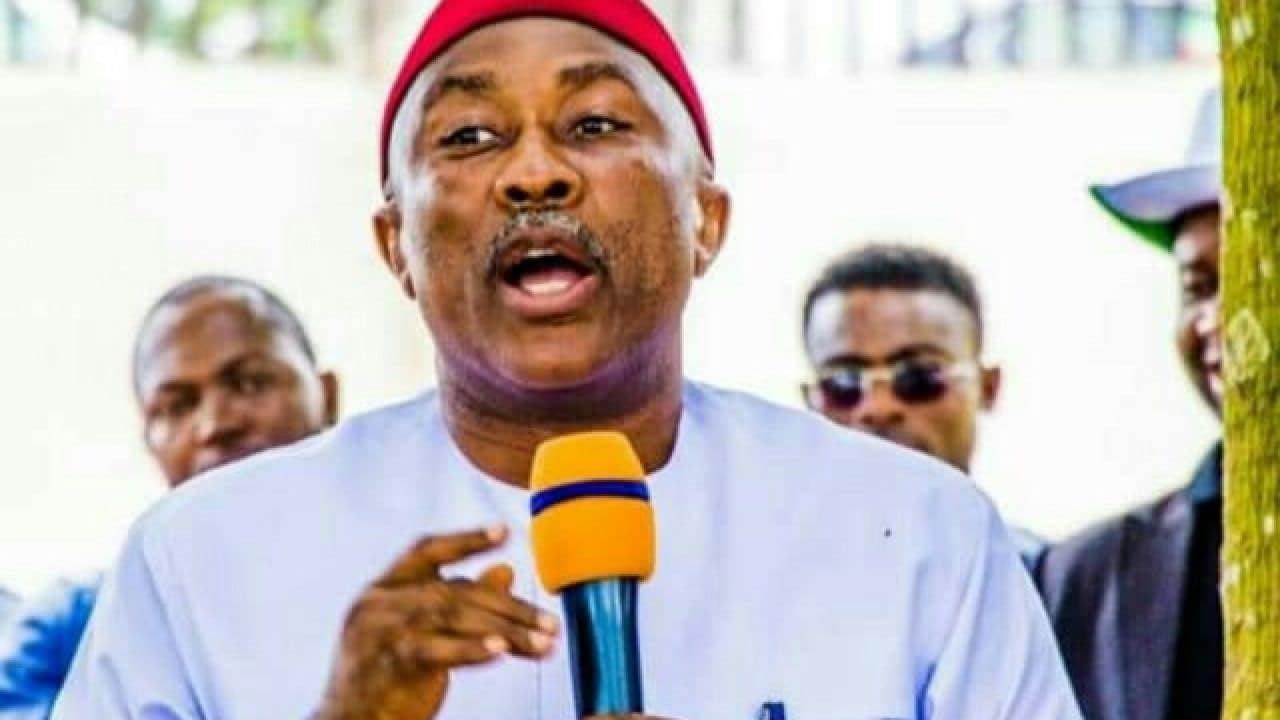 “I have read another mischievous, piqued and maudlin online publication credited to Uche Onyeagocha over his ridiculous and derisory call for the immediate resignation of Gov. Hope Uzodimma which repletes with exaggerations that did not ring true.

“It is not surprising and unbeknown to me that the PDP lynchpin will result to this self-seeking attention especially as it concerns insecurity in the state since it has become obvious that his party the PDP are covertly sponsoring the insecurity in Imo State while overtly sympathetic to them each time the state government clamps down on them after terrorising communities in the state.

“It is clear to Uche Onyeagocha that his actions of March 9, 2019 governorship election at the collation center where he rushed to INEC table, grabbed the results sheets and tore it into shreds and was arrested, detained and prosecuted for it as well as the same man PDP used in staging a violent protest against the judgement of the Supreme Court are still evergreen in the memory of Imolites and having been compensated by the PDP with its Senatorial ticket, knows that it is dead on arrival.

“His histrionics actions such as this, is but one of his petty ways of seeking attention and currying favour from Imolites using insecurity sponsored by his party as a rallying point. While Onyeagocha has nothing to show for his stay in Abuja as a Member of the House of Representatives from 2003-2007, he has continued to feed from the state Governor’s ranging from Okorocha to Ihedioha and derides any of them that refuses to “share the money” with him as he was after Okorocha now he is unto Gov. Hope Uzodimma.

“Ordinarily, i have no business responding or giving life to childish conspiracies and lies spread by small cowardly man but for the benefit of the unsuspecting public, i have to set the records straight. Every well meaning Imolites can attest to the fact that Gov. Hope Uzodimma has been combating banditry and every form of criminality in the state which its resultant effects has been positive so far and commendable as well.

“The recent killing of 7 persons in Owerri West by unknown gunmen is under investigation and just like their partners, they will be fished out and dealt with accordingly as the days of mercy are long over in the state and Gov. Hope Uzodimma is more than determined to give them a run for their criminality without sparing any of them and doesn’t in any way warrant a selfish call for his resignation.

“It is rather unfortunate that instead of Uche Onyeagocha who hails from this part of Owerri zone where the incident happened, a zone he wants to clandestinely represent as their Senator to liaise with the state government and security agencies to arrest these perpetrators of this dastardly act, has resulted to playing cheap politics, clout chasing and written acrobatics just to smear the person of Gov. Hope Uzodimma.

“Like the popular axiom, Those whom the gods wish to destroy they first make mad. Uche Onyeagocha is no different from his harebrained behaviour and seeing his desperation to go to Abuja again as a Senator, i call on him to tell Imolites what led to the mysterious death of 5 persons out of 12 that was found unconscious in his Obinze home as he lacks the moral grounds to accuse Gov. Hope Uzodimma of failing his duty as the Governor of Imo State.

Sanchez “Not Really Needed” In Man U- Paul Scholes

innonews - May 2, 2022 0
As the crisis over Imo PDP Ad hoc Delegates Congress linger, the National Secretary of the Party, Senator Samuel Anyanwu has called...

innonews - January 5, 2018 0
The Federal Government has said it would replace dead persons erroneously appointed as members of Federal Boards, parastatals and agencies. Senior Special Assistant to the...