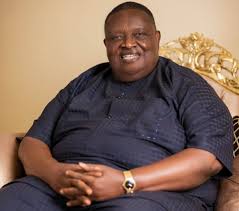 In a statement released by his media office in Abuja, Gen Ogunewe, an indegine of Ezinihite Mbaise described Chief Iwuanyanwu as a man of many parts, a quintessential leader, who has devoted his life to the advancement of humanity and contributed meaningfully and significantly to national development.

“Chief Iwuanyanwu towers like an iroko, a devoted and committed elder statesman, who has contributed enormously to Nigeria’s journey to attain social, political and economic advancement

“As an Engineer, Chief Iwuanyanu made his marks, as a politician and elder statesman, his footprints on the sand of history will never be erased, as they remain indelible and worthwhile.

“Ahaejiagamba has proved to be a unifier, judging from his in- elastic disposition to Nigeria’s unity and togetherness.

“He has remained a stabilizing factor and a pillar for the Igbo nation, at a period the Igbos are at cross roads of their political destiny” part of the statement read.

innonews - January 14, 2020 0
The Supreme Court sitting in Abuja is expected to render judgement on appeals on Imo governorship election won by Hon.Emeka...

innonews - June 29, 2022 0
Yesterday, I read a piece written by Collins Opurozor, a regular hired writer. In that piece, he threw caution to the wind,...

No Reason To Dump APGA- Obiano

innonews - June 16, 2017 0
Anambra State Governor, Willie Obiano, has said he has no reason whatsoever to quit the All Progressive Grand Alliance, APGA for another political party. In...