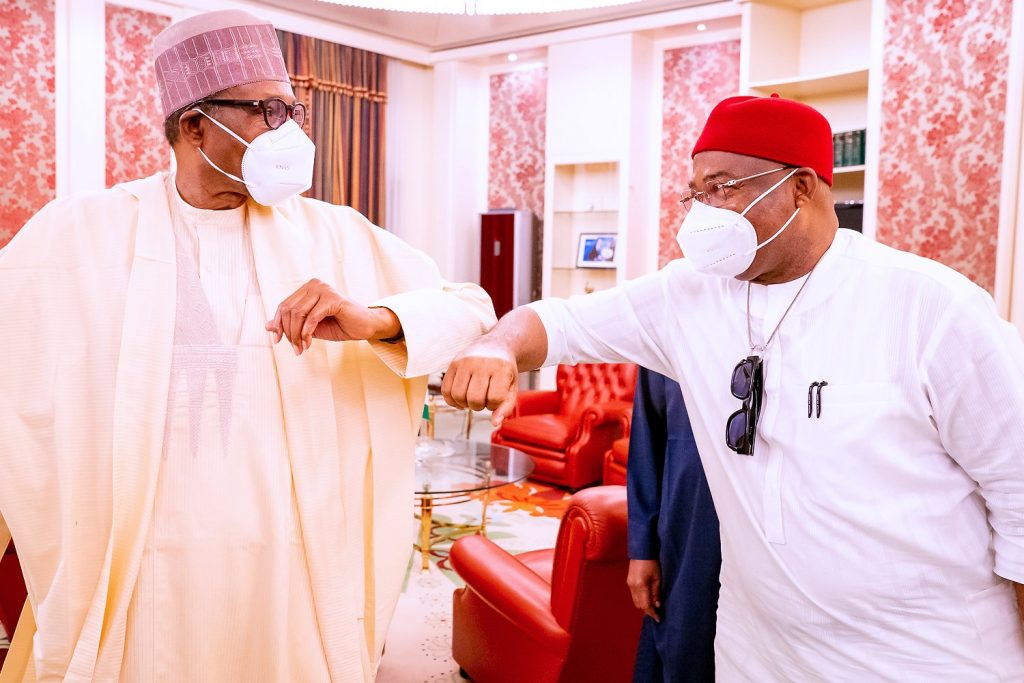 Hope Uzodimma, governor of Imo State, Sunday, expressed gratitude to Imolites, for resisting the effort of “agents of Satan to sabotage the visit of the President”

Addressing a congregation at Government House Chapel, Owerri, Uzodimma said he is grateful for the show Iof commitment and the efforts they made to made to identify with the President’s visit.

He said the prayers of Imo people are working.

The Governor said he is not in doubt that the prayers of Imo people are working, noting that “by the Grace of God Imo State has been restored to peace and order.”

He commended the day’s homily that harped on sacrificial service for eternal gains, saying it was in tandem with the vision and mission of the Shared Prosperity Government of putting the interest of the people first before individual’s interest.

He therefore urged the congregation to reflect deeply over the message while praying to God to accomplish our goals and aspirations.

Others include, the Chairman of APC Imo State, Chief Macdonald Ebere, members of the State Executive Council and those of the State House of Assembly, Chairman of Imo State Council of traditional rulers, Eze (Dr.) EC Okeke and many more attended the Church Service.