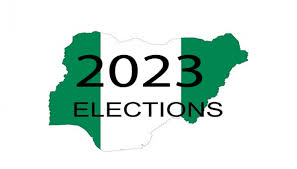 Major contenders for the 2023 governorship election in Imo State, have begun the race in earnest, making strategic moves in readiness for the contest which will hold a year from now.

There are strong signals that Governor Hope Uzodimma, former Governor of the State, Emeka Ihedioha, PDP National Secretary, Samuel Anyanwu, will run for the number one top job in the State.

The trio are adjudged as the key contestants, by the time they officially declare their governorship ambitions.

However, Jack Ogunewe, a retired General and a former member of the House of Representatives, Hon (Mrs) Juliet Obasi, had last month announced their governorship bids, on the platforms of the Labour Party and APC respectively.

More governorship aspirants are expected to join the fray before the close of 2022 or first quarter of 2023.

Analysts however contend that Governor Uzodimma is expected to pick the guber ticket of the APC, when he eventually declares his second term bid.

Many believe that the governor has begun moves to actualize his second term. Part of the moves, is the recent inauguration of Liaison officers for the 305 wards in the State.

At the inauguration of the Ward Liaison officers held at Government House, Owerri, he implored them to defend the policies of his administration at the grassroots.

However, there are strong speculations that Ward Liaison officers are agents of the APC and the governor, tailored to market his second term bid, the numerous programmes of the APC, using his achievements as unique selling points at the grassroots.

In the Peoples Democratic Party. PDP, former Governor of the State, Emeka Ihedioha, recently revived his Rebuild Imo team by appointing key officials for the team expected to drive his return bid to Government House, Owerri.

Last week, he named his former Commissioner, Meekam Mgbemelu, as his campaign spokesperson.

PDP National Secretary, Samuel Anyanwu, had set up a campaign structure recently, appointing his key loyalists such as a former lawmaker, Ngozi Ogbu, as Director General of his Divine Mandate campaign team, to market his aspiration to be governor.

innonews - July 8, 2022 0
It was a torrent of praises for the newly appointed Minister of Education (State), Rt. Hon. Goodluck Nanah Opiah, as friends and...

innonews - November 18, 2021 0
The Nigeria Union of Journalists, NUJ, Imo State Council, has constituted a five man committee to review the Constitution of the union.

innonews - May 5, 2021 0
About this time last year, President Muhammadu Buhari unveiled his new Chief of Staff, after the sad passage of the occupant of...