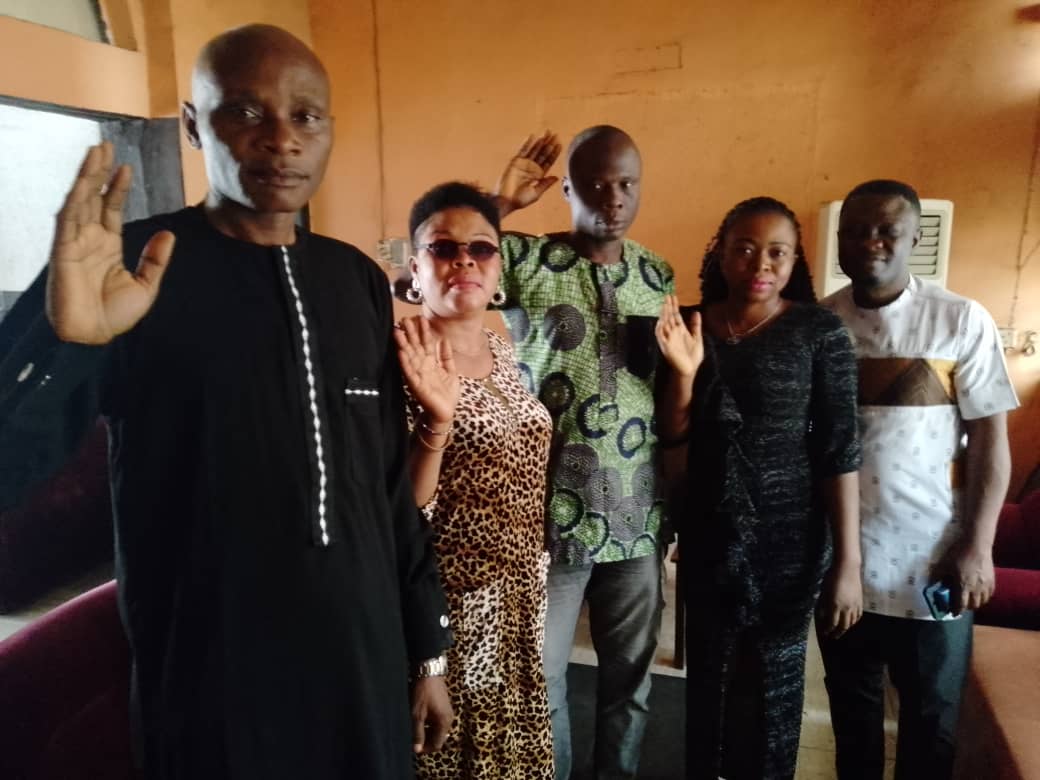 In his remarks, Electoral Committee Chairman, Chief Barthy Kalakiya who announced the result of winners disclosed that a by-election would be conducted to fill the remaining positions of Treasurer, Assistant Secretary and Provost. He charged the newly elected executives to work hard and ensure they move the association to next level.
The pioneer Chairman of FMMP, Pastor Chris Nwokocha, congratulated the newly elected executives and charged them to be diligent in the discharge of their duties for the growth of Mbaise nation and Imo State through the media and other professional engagements.

Nwokocha further advised them to discharge their duties with high sense of responsibilities, as well as strive to restore the lost glory of the association.

In his acceptance speech, the newly elected President of the group, Comrade Eze Adiuku promised to carry all and sundry along to reposition the association to an enviable status.
He equally charged members to assist the executives in order to achieve the goals of the union, while thanking the Electoral Committee for the good job in conducting a credible election.

Adiuku expressed confidence in the ability of his executives as well as members of the union to deliver optimally, promising to work in synergy with key stakeholders in and outside Mbaise to steer the organization forward.
The Federation of Mbaise Media Professionals is the umbrella body of practicing journalists and media workers of Mbaise extraction, with the aim of uniting members in the media industry in order to contribute their quota towards the common good of the Mbaise nation in particular and Nigeria as a whole.

Tenure Elongation: Who Does The Odds Really Favour In Imo APC?

innonews - March 1, 2018 0
AN INVESTIGATIVE AND UNBIASED ANALYSIS OF THE SITUATION IN IMO APC AFTER THE TENURE OF PARTY OFFICERS WAS EXTENDED TO JUNE 2019, WRITES...

innonews - June 26, 2017 0
Imo and Abia States and twenty one other states are currently owing local government workers arrears of salary ranging from one to 16 months. The...