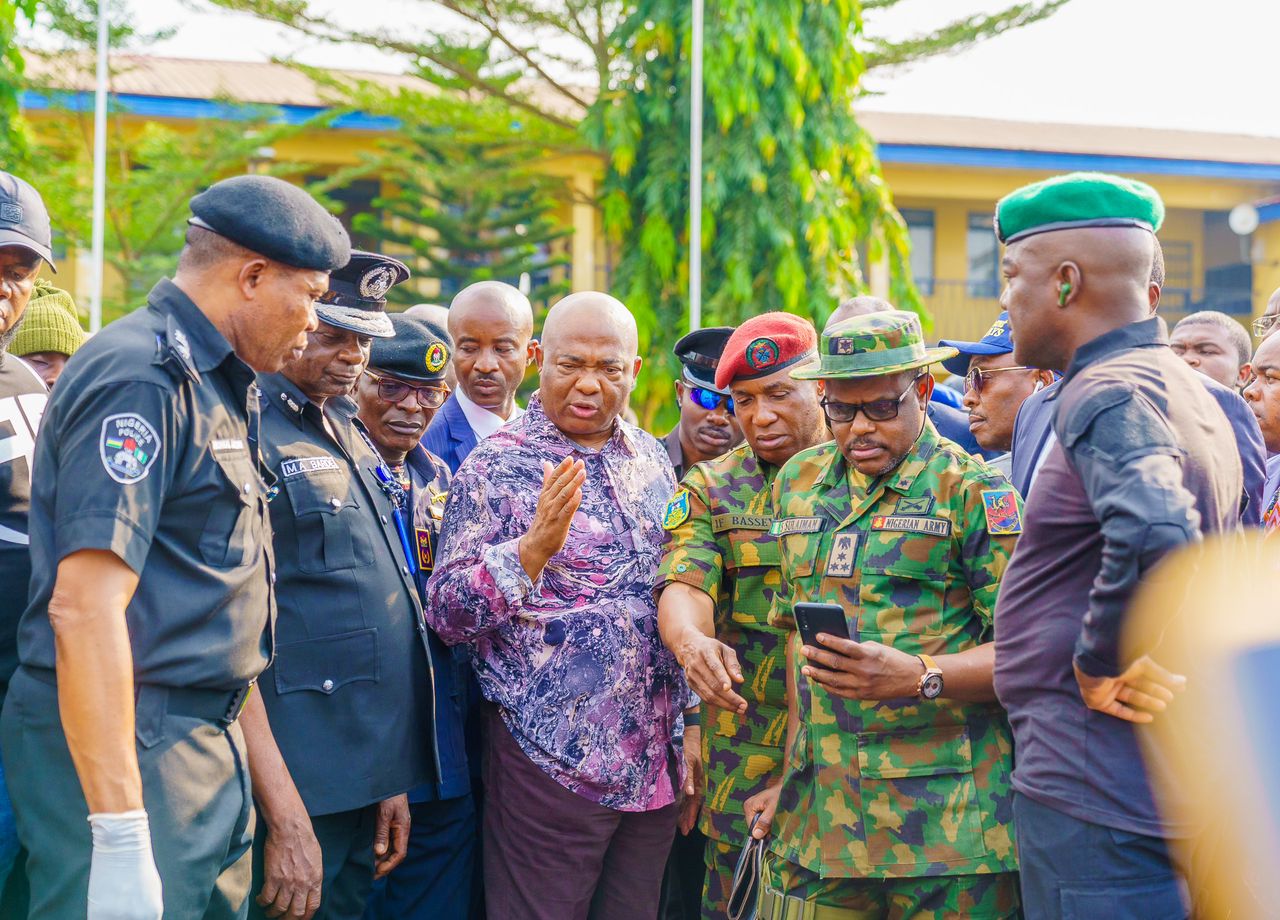 Three bandits who were part of the gang that approached the office of the Independent National Electoral Commission (INEC) in Owerri on Monday to set it ablaze were promptly neutralised by the police who also arrested two others alive with bullet wounds.

The security operatives in Imo State are also combing the nooks and crannies of the Owerri for the fleeing members of the gang believed to have escaped with gunshot wounds when the police engaged them at the INEC office on Port Harcourt road in the early hours of Monday.

Addressing newsmen at the Police Headquarters where the three neutralized hoodlums and two who were captured alive were paraded, Governor Hope Uzodimma wondered why bandits should think of attacking the INEC office at this time the body is preparing seriously for the upcoming elections if they were not being used.

The Governor said, “we need to decode the motive behind the action and why INEC is the target.”

He said what happened and events of the past confirms what he has always said that, “what is happening in Imo State is politically contrived, and justifiably so.”

He wondered why “some people think they can win election yet they don’t want elections to hold, how then will they win?”

Governor Uzodimma emphasized: “INEC does not need this type of distraction at this point and stage of our elections, rather they should be supported by all and sundry. But contrary to that what we now see are people creating distractions here and there and attacking innocent people.”

“If now we put one and two together and recall that people have threatened that Imo State will be made ungovernable and there will be no elections in Imo State, that is the attempt to achieve their purpose.”

The Governor however assuaged the fears of Imo people, noting that “since the police are prepared, and the security agencies are ready, there will be elections in Imo State by the Grace of God.”

The Governor also urged Imo people to go out and collect their PVCs as the State and INEC have decentralized the team.

He assured of sufficient security at the Local Government up to the Ward Levels to support our people in the exercise, even as he reassured that it will be a peaceful exercise.

Governor Uzodimma reminded Imo people that “the collection of Voters Card is key to the elections we are looking forward to and if one doesn’t have the Voters Card he/she will not be able to vote.”

“So, the Government working with the security agencies will do their best to ensure that all the environments, the Local Government Headquarters, the Ward and Collection Centres are properly protected and sufficient security presence assured.”

He seized the opportunity to reassure Imo people coming back for the Christmas celebrations that “the State Government with the efforts of the Security Agencies in withstanding the bandits will have a very peaceful and hitch-free Christmas.”

Briefing the Governor on the activities of the bandits and how his men were able to counter and neutralise some of them, the Commissioner of Police in Imo State, Mohammad Ahmed Barde said that “the bandits attacked the Assumpta roundabout where they burnt a Sienna bus,” and that his men “confronted them and forced them to abandon one of their vehicles and from their they moved to attack the INEC headquarters in Owerri Imo State.”

Barde said the Police were able to neutralize three of them and arrested two alive while others escaped with bullet wounds, assuring that the Police are on trail of them.

He added that the police recovered three AK47 riffles, three Pump action guns and some Improvised Explosive Devices (IED) as well two vehicles from the bandits.

The Police Commissioner passionately appealed to the media to report exactly what happened “because at the social media the story will be different,” regretting that the stories on the social media always tend to promote the activities of the miscreants “and that is why they seem to be above everybody.”

Governor Uzodimma later visited the crime scenes at the Control Post roundabout where the Sienna bus was burnt and the INEC headquarters for on the spot assessment of the attack on the buildings and vehicles.

2023: There Will Be Level Playing For All Political Parties During Campaigns- Uzodimma