Home LEAD STORIES Sack Of Staff: Do Your Worse, You Can’t Teach Ikpeazu His Job,... 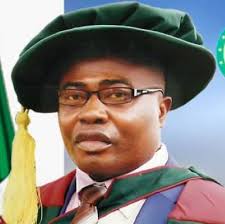 The Abia State College of Education, Technical, Arochukwu has described as provocative, confrontational and political blackmail the purported directive by the Colleges of Education Academic Staff Union( COEASU)to Gov Okezie Ikpeazu to call its provost to order.

It said it was disrespectful for the leadership of COEASU to demand Ikpeazu to call the provost,Dr Phillips Nto over the sack of Kelvin Egesi ,a former staff of the college.

In a statement issued by the Registrar of ASCETA,Mr Ikechukwu Odemenam , the college faulted COEASU for its derogatory remarks against the person of the governor by insinuating that he erred in appointing Dr Phillips Nto as the provost.

The college wondered why it is only now that an official of COEASU was sacked that the body is raising the allegations of non qualification and incompetent against a provost who has done seven years in office.

According to ASCETA,it ” is unfortunate that COEASU is bereft of the elementary knowledge that education falls under the concurrent list and that under the Edit establishing ASCETA,Dr Phillips Nto was more than qualified to be the provost”

It noted that Gov Okezie Ikpeazu as a former lecturer knew that Dr Phillips Nto who acquired his doctorate since 2010 and has chalked up more than 17 yesrs teaching experience at Michael’ Okpara University of Agriculture,Umudike was eminently qualified to be appointed the provost.

It regretted that instead of COEASU consulting with the management or even having the courtesy to formally write to the governor,it resorted to public disparaging of Abia state government.

The college said it won’t be intimidated and blackmailed by what it described as militant unionism.

” Since COEASU has chosen this belligerent path of threat and terrorism against us and Abia state government,let them know that we can never be cowed. Indeed we dare them to do their worse”, the college averred.

It insisted that the COEASU publication signed by the General Secretary Dr Ahmed Bazza Lawan was confrontational and therefore would not be left unchallenged.

It said since Kelvin Egesi has been sacked, COEASU should find him a job because” we employed him as a staff and not as a unionist”

The college advised staff to face the job they were employed to do and shun politicians who want to use them to destabilize the PDP government of Abia state.

innonews - July 1, 2017 0
PRESS RELEASE The Imo State Police Command in their efforts and determination to decisively stem the tide of crime in the State in line with...

innonews - December 28, 2020 0
Ahead of the January 11, 2021 Ohaneze Ndi Igbo Presidential election, there are clear indications that the seven state chapters of the...

innonews - April 20, 2019 0
The appointment of Ibrahim Muhammed, acting Chief Justice of Nigeria has been extended by three months by President Muhammadu Buhari.