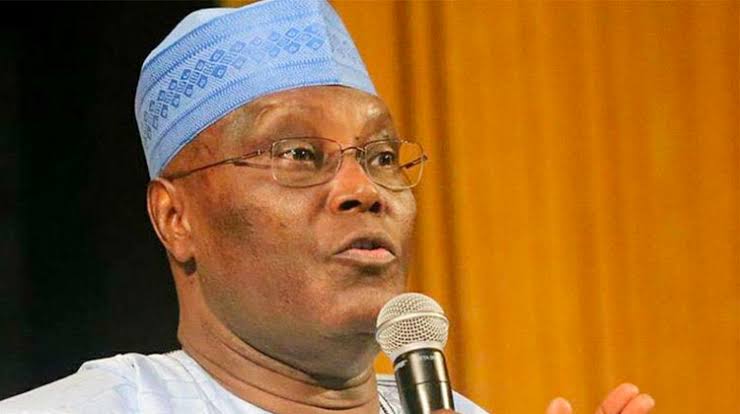 The leopard doesn’t shed its spots,is a truism which has been elevated to an adage.

However its connotation suggests either negativity or positivity. Because it means consistency in its ordinary meaning, some people are wont to be easily deceived. But when you analyse the behavioural pattern of the leopard while hunting down preys, especially its cunning , then you have to be wary of anybody who has even the least resemblance to the leopard in character!

Based on the aforementioned,one cannot but be worried over the sudden presence of Hon Uko Nkole in the campaign team of Alhaji Atiku Abubakar, the presidential candidate of People’s Democratic Party ( PDP). Nkole represents Arochukwu/ Ohafia Federal constituency in the House of Representatives, a duty he has since abandoned, following Atiku about everywhere.
Ordinarily,such a figure ought to add value to the campaign team of Atiku Abubakar.

Unfortunately, given his unsavoury antecedents, Nkole is actually a liability to the team because like the political bat that he is , the man is neither a bird nor an animal in the political firmament of Abia State. He is merely floating.

After a disastrous eight years in the lower chamber of the National Assembly, Uko Nkole prior to the primaries of PDP indicated interest to contest the governorship position in Abia State. He later chickened out because he didn’t have the support of the relevant stakeholders. He couldn’t return to the Green Chambers because he had squandered the goodwill of his constituents. Then he tried his hands for the Senate seat. The doors were shut on him for the same reason that a leopard doesn’t shed its spots.

After finding himself stranded politically in the State,Hon Uko Nkole did a Ben Johnson to the Atiku Abubakar campaign organization where he has undertaken to play even the role of a house boy in so far as he is given a political appointment if Atiku wins the presidency. That’s not a bad idea for an over ambitious fellow who ought not to have gone to Abuja in the first place but for the benevolence of critical stakeholders whom he ended up betraying.
Even in his current devilish plot , Uko Nkole wants to reap where he neither sowed nor watered ! As soon as Atiku Abubakar declared his interest for the 2023 elections for the presidency, the first man in Abia state who believed in him and set about the actualization of that ambition,at least in the state, is Chief Charles Ogbonnaya, a former Commissioner and life time ally of former GOVERNOR, Chief TA Orji. Chief Ogbonnaya donated his house, solicited funds for the furnishings and mobilized support for the former Vice President,prior to the primaries. The victory of Atiku from Abia delegates during the primaries,was made possible by this man. Where was Uko Nkole during that period? He was with Gov Nyesom Wike.

Now after the primaries, and the altercation that followed with the G5 Govs, Charles Ogbonnaya stood with Atiku Abubakar like the Rock of Gilbrata to the consternation of powers that be in the state. Indeed the state owned radio station and other social media platforms were used to malign Chief Charles Ogbonnaya for courageously believing in and standing with Atiku Abubakar. And where was Uko Nkole? He was still with Nyesom Wike!

Now that there are signs that Atiku Abubakar might win the election with or without Wike and the G5, Uko Nkole has jumped ship. He has abandoned Wike and Gov Okezie Ikpeazu. He wants to supplant the man who planted and watered for Atiku Abubakar. He wants to take over the job of Chief Charles Ogbonnaya. In politics,there may be no morality. But even among thieves, they have honour.

But those who know Uko Nkole are not in the least surprised. In Ola Rotimi’s classic play ” The God’s are not to blame”, he asked rhetorically, ” if crocodiles could eat their eggs,what would they not do to the flesh of the frog?” Uko Nkole,as the proverbial crocodile has eaten the flesh of TA Orji, Okezie Ikpeazu,Mao Ohuabunwa and several stakeholders who helped him to power in 2015 and 2019.

Because he has betrayed all of them, he has lost their support. Wike is the latest victim to be stung with the sting of betrayal and ingratitude. So those confidants of Atiku Abubakar fronting Uko Nkole should just beware because a leopard never changes its spots.

But the most unfortunate issue here is that Uko Nkole cannot even deliver his ward in Abam, Arochukwu Local government to Atiku Abubakar talkless of the entire constituency and Abia state. He has antagonized all those who helped him to power. He is now like a fish out of water. He therefore cannot give what he lacks.

On the other hand, Chief Charles Ogbonnaya has the capacity to deliver Atiku Abubakar in Abia state in conjunction with the relevant stakeholders who have respect for his integrity and sterling reputation. Even in the heat of the disagreement between Atiku Abubakar and G5 Govs, Chief Charles Ogbonnaya deffered to Gov Okezie Ikpeazu just to ensure that the former Vice President wins the state. That is the stuff of a statesman. The man is not looking for any political appointment. He only wants the best for Abia and the people. Contrast that to this opportunistic Desperado,then you will understand why Atiku Abubakar should beware of Uko Nkole.

innonews - July 23, 2020 0
BY RAYMOND OPARA Senator Ifeanyi Araraume seems to be energized for the race for Okigwe senate seat after the...

innonews - November 14, 2018 0
The leadership and members of All Progressives Grand Alliance (APGA) in Imo State have been charged to close ranks and work with one accord...