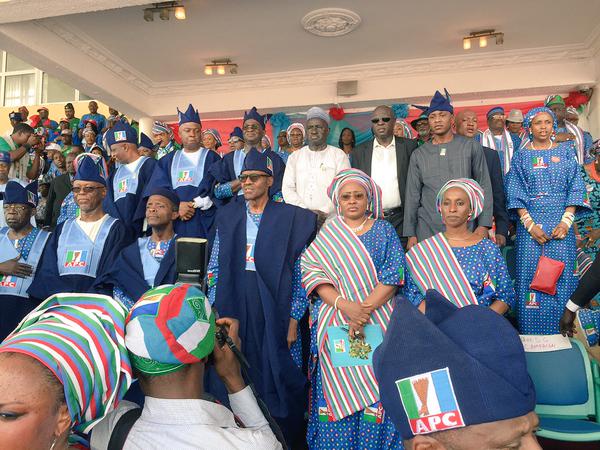 The much expected mid term national convention of the All Progressive Congress, APC has been shifted to the first quarter of 2018.

National Publicity Secretary of the party, Malam Bolaji Abdullahi confirmed the development in Abuja. He said meetings of the party’s National Caucus and National Executive will go on next week.

“Let me emphasise that we have not decided on the date of the convention because we have to hold NEC meeting that will agree on a date and agenda for the convention,” Abdullahi said.

The ruling party had been postponing the conduct of its convention since the March 24, 2016 NEC meeting, where it was resolved that the party’s constitution should be amended.

innonews - December 23, 2021 0
Rabi Shinkafi, who recently resigned as Commissioner for Women and Children Affairs In Zamfara State  has revealed that she is about to...

innonews - May 15, 2021 0
The Association of South East Town Unions, ASETU, has faulted the creation of regional security outfit, Ebubeagu by South East Governors and...

innonews - June 1, 2019 0
BY ALEX NWANKWO, ABUJA The Federal High Court in Abuja has upheld the candidacy of Senator Mrs. Uche...