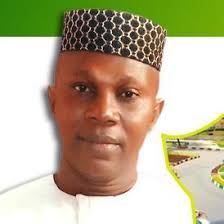 As the 2019 governorship election draws near in Imo State, a frontline politician and governorship candidate of the Social Democratic Party, SDP, in 2015, Captain David Mbamara is on the verge of joining the All Progressive Grand Alliance, APGA.

Mbamara who is known to possess sound ideas, programmes and initiatives to salvage Imo State when he vied for the governorship of Imo State 2015 has been under pressure from his political followers and associates to leave the SDP and join APGA.

According to sources close to him, APGA represents the aspiration and hopes of Igbo people, especially the people of Imo State who have seen little or no governance from the ruling All Progressive Congress, APC since 2015.
According to the source, APGA is the right platform for Capt Mbamara because it will offer him the opportunity to join mainstream politics in the state.

Efforts to speak to Mbamara to confirm his move to APGA was unsuccessful but it was gathered that his move to the party has reached an advanced stage.

It is unknown if Mbamara will participate at the planned rally of APGA in Owerri which will take place on November 3, 2017. At the rally, many politicians from the PDP, APC and other political parties are to join the party.

innonews - June 27, 2022 0
A former member of House of Representatives, Abdulmumin Jibrin, has given reasons why the Presidential candidate of the New Nigeria Peoples Party,...