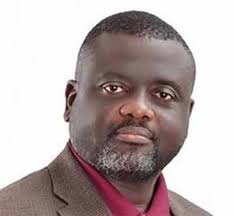 He polled   a total of 811 votes against his only contender Chief ThankGod Ezeani who got 436 votes,

The delegate  election was free, fair and transparent.

Onyeriri who  represents  Isu, Njaba, Nkwerre and Nwangele Federal Constitutency in House of Representatives expressed satisfaction on the conduct of the primary election. He  thanked God for his landslide victory.

He further described the election as no victor no vanquish and vowed to carry all members of the party along.

His Challenger, Ezeani embraced the winner and congratulated him immediately after prouncement of the result by Chairman of the electoral Committee.

innonews - August 9, 2019 0
BY GREG IWU The Imo State Governorship Election Petition Tribunal, Owerri, has been on for some months with three...

Okorocha Reacts To APC Branding Him A Bad Loser

innonews - September 22, 2017 0
The trio of Cristiano Ronaldo, Lionel Messi and Neymar have been listed as finalists for the Best FIFA Men’s Player Award. FIFA announced the finalists...

innonews - June 13, 2017 0
PRESS RELEASE# The Governor of Imo State Owelle Rochas Okorocha has said that what the Igbos need now is the Movement for the Economic Survival...