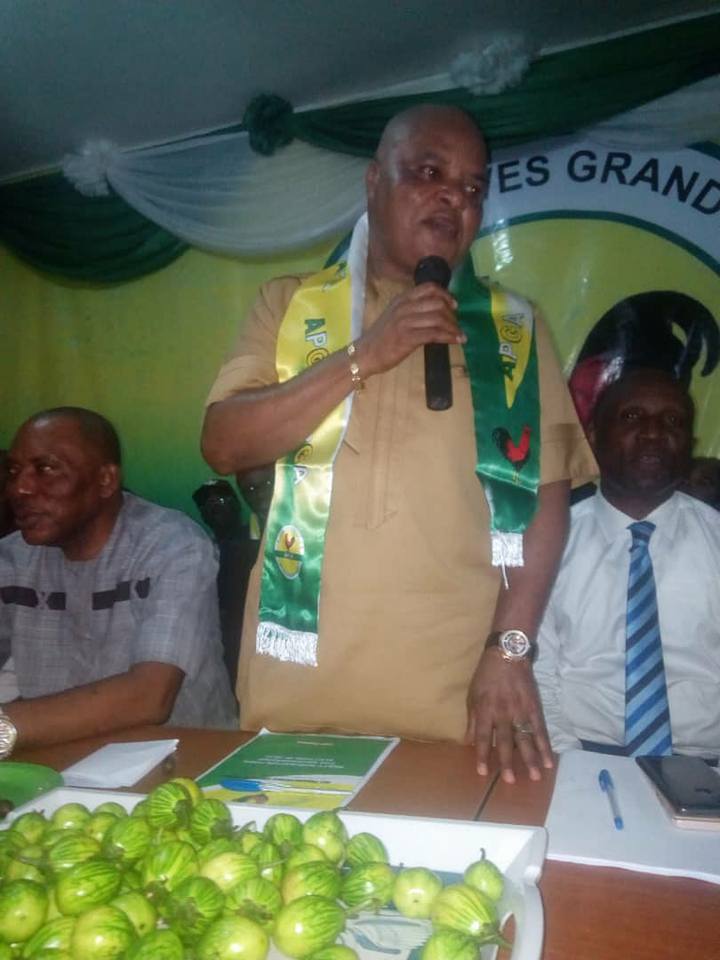 “Someone Has Fallen Victim To Some Fraudsters”

This has sent frenzy in the party in Imo State.

However, Araraume’s campaign team in a statement by Mr. Ebere Osuji disclaimed the rumour calling on its supporters to disregard the rumour. He said the name of Senator Araraume was officially pasted at the board of INEC office Owerri on the stipulated date scheduled for the publication of the candidates name.

The Statement reads:
“Please disregard the report going on that another name other that of Senator Ifeanyi Godwin Araraume has been pasted as the governorship flag bearer of the All Progressive Grand Alliance, APGA.

“For the avoidance of doubt, the name of Senator Ifeanyi Godwin Araraume was officially pasted at the board of INEC office Owerri on the stipulated date scheduled for the publication of the candidates name.

“The name of Senator Ifeanyi Godwin Araraume and no other person is the one on the official website of the INEC.

“And that the Chairman of the National Working Committee, NWC of APGA only wrote and submitted to INEC the name of Senator Ifeanyi Godwin Araraume as the party’s governorship candidate alongside Barr Steve Nwoga as the Running Mate.

“Having done so, the name of the APGA candidate, Senator Ifeanyi Araraume can only substituted via rules and regulations guiding the process which amongst others include 1. Withdrawal due to insanity and Court Judgement, which do not apply in this case.

“As at today and even before Senator Araraume’s name was submitted, no court judgement is challenging or has ordered INEC for his name to be substituted.

“The publication of Senator Araraume’s name during the working hours of the date scheduled for publication and appearance in INEC official website are official confirmation of the governorship candidate of the APGA.

“Recall that apart from Senator Araraume’s emergence at the end of APGA governorship primaries, the exercise was properly supervised by Security Agencies and INEC conducted by the APGA Electoral Committee sent from the party headquarters for the exercise .

“As at the time of this report, the name of Senator Ifeanyi Godwin Araraume and his Running Mate, Barr Steve Nwoga is still pasted on the Notice Board of Owerri INEC office.

“There are strong indications that either someone has fallen victim to the machinations of fraudsters or the person and followers are unaware of the rules and processes for one to emerge a governorship candidate of the party.

“Once again, the general public, especially APGA faithful should disregard any information to the effect that the name of Senator Araraume has been substituted.

Easter: Ihedioha Gives Reasons Why He Is Optimistic About Imo