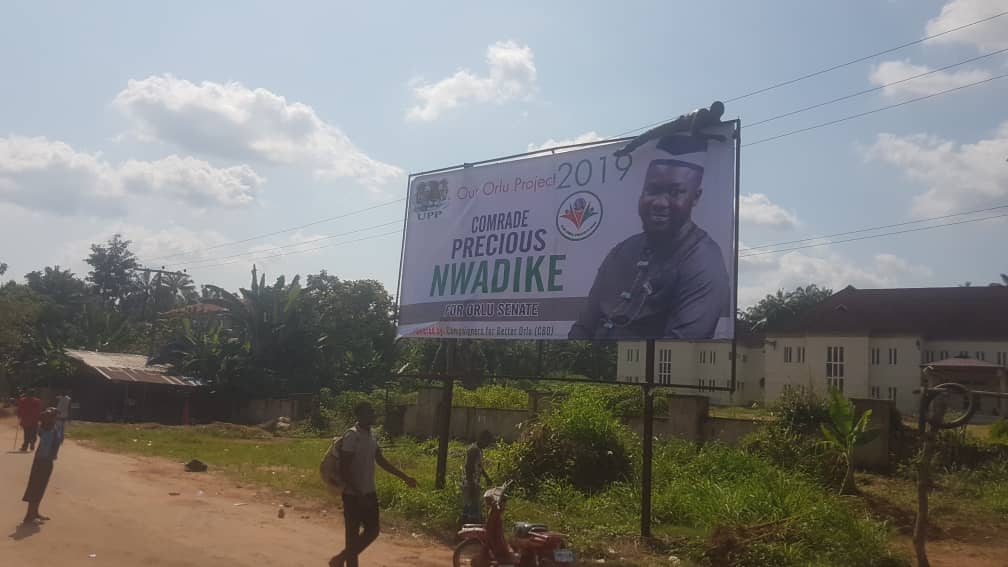 In a release signed by the Director of Media and Publicity, Mr. Philip Izunda, the group frowned at the incessant acts of harassment and intimidation aimed at compelling Comrade Nwadike to jettison his ambition to offer the people of Orlu Zone effective representation that will fast track comprehensive development of the zone, in the interest of the people.

He recalled the arrest and detention of Comrade Nwadike on the 8th of August 2018, by men of the F-SARS allegedly at the promptings of the agents of the state government, while sensitizing over 5,000 supporters, including traders.

According to the statement, They have also, recently recruited some idle and misguided miscreants, to disparage, cast aspersions on and dent the hard earned image and reputation of Comrade Precious Nwadike who has consistently identified with and fought for truth, justice and fairness in the overall interest of Imo people, right from his days as a student activist, National President of Orluzurumee Youth Assembly and as Imo State Coordinator of OurMumuDondo, a human rights advocacy group.

Continuing, he said it is also on record that, aside these obvious acts of harassment, intimidation and persecution, Comrade Nwadike has been involved in various litigation with the state government for being the publisher of Watchdog Newspaper which carried a story about the bailout fund released by the federal government for the payment of accumulated arrears of salaries of civil servants and pensions of retirees.

“Comrade Nwadike is being vilified for compassionately identifying with the masses and has vowed to doggedly fight on without relenting. “Let it be known that no amount of intimidation, intrigues or arm twisting will make him chicken out of the race to serve the people of Orlu Zone”.

innonews - July 13, 2019 0
BY: RALPH EJIMKONYE, ABUJA Top chieftains of the All Progressive Congress, APC in Imo State are working round the...

Olu Owerri Congratulates Ihedioha, Urge Him Not To Disappoint Imolites

innonews - August 8, 2018 0
As the 2019 general elections gets closer, the Abundant Nigeria Renewal Party, ANRP, has released fees for their nomination forms. This was revealed by the...