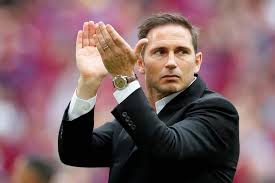 Chelsea legend, Frank Lampard, has been offered a three year contract by the London club.

Gazetta dello Sport quoted Nicolo Schira, a transfer expert and sport journalist to have made the revelation

He wrote : “#Chelsea is closing for Frank #Lampard as a new manager. Blues have offered a contract until 2022. #transfers #CFC.”

Chelsea had announced that Sarri, who joined the club last summer has left for Juventus.

Lampard had emerged as the frontrunner to take over from Sarri

innonews - July 22, 2021 0
Having dedicatedly read the regrettably haphazard and rather careless public post made by one Ambrose Nwaogwugwu, concerning the esteemed person of the...