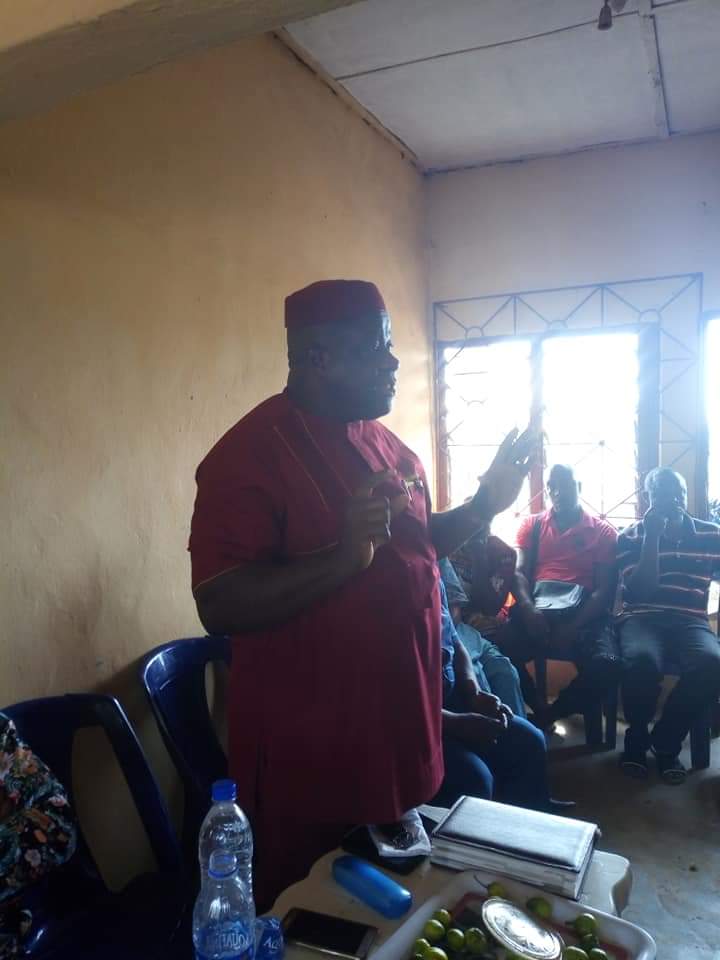 At a period, Governments, both at Federal and State levels, have either paid lip service to rural development across the country, Engr. Aballa has single-handedly embarked on developmental projects at the grassroots in his area.

He believes that provision of basic infrastructure such as roads, unlock and create access to rapid economic development and remains a vital tool to unlock the potentials of the people.

Chief (Engr) Aballa is an unsung hero, a restorer of hope to the hopeless, whose silent works and actions have continued to echo and vibrate even beyond the great Ideato nation.

Concerned about the perennial deficit of good roads in his domain, he single handedly facilitated the construction of a standard road network, which spans from Akwu in Akokwa, which has gone a long way to boost agricultural and economic activities in the area. The road rated of high quality has brought quantum relief to the people who have suffered untold neglect from successive governments.

The Emetumba Foundation which he founded to provide succor to the less privileged has done remarkably well. The Foundation has exceeded expectations by providing limitless support to rural dwellers, encouraged and boosted youth empowerment and development.

A political financier, Chief Aballa relentlessly encouraged the involvement and participation of visionary and credible Ideato youths in the political landscape of Imo State and beyond.

Between 2011 and 2019, he bankrolled the campaigns of visionary and credible Ideato leaders who aspired for various elective offices irrespective of political leanings.

He extended his political savvy beyond his Ideato enclave when he and other leaders from Orlu zone strongly insisted that equity must be adhered to in the governorship contest of the State in 2019. Vintage Aballa- he never relented in the crusade, as he deployed both human and material support to the cause.

A key player in Nigeria’s oil sector, and an alumnus of the prestigious University of Benin, Chief Aballa was a staff of the Shell Petroleum Development Company, SPDC, for over three decades, a position he held for the benefit of the people by engaging and employing Imo youths and created countless opportunities for vast majority of the people.

Chief Aballa, is a man of many parts, a champion of rural development, an advocate of human enhancement and an apostle of fairness and equity.

innonews - February 28, 2018 0
In furtherance of his commitment to protect legacy projects of the Rochas Okorocha administration in Owerri municipal, the member representing Owerri municipal state constituency...

innonews - June 16, 2019 0
The wave of defection among members of the newly inaugurated House of Assembly in Imo State has taken a new dimension with...