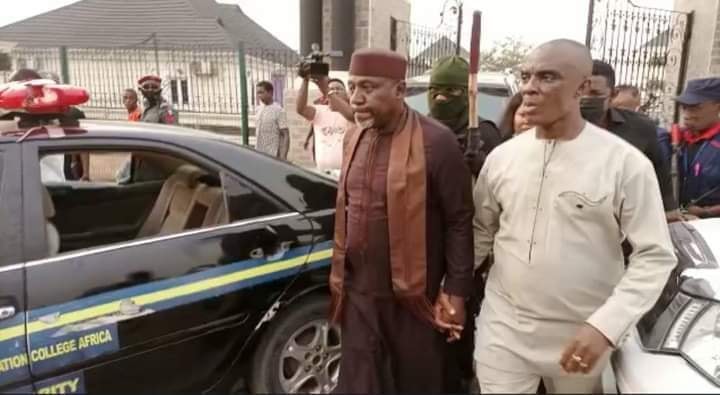 Former Governor of Imo State, Senator Rochas Okorocha has been released by the Police.

Okorocha had on Sunday stormed Royal Palm Estate, Owerri, a property linked to his wife, and sealed by the Imo State Government on Friday.

Pictures seen online show that the Senator sitted in a police station and surrounded by policemen which indicates that he was arrested by operatives of Imo State Police Command, Owerri,

innonews - January 2, 2018 0
BY DAN OPARA# After an ezeship tussle that lasted for 19 years, a veteran journalist, HRH Eze Geoffrey C. Anika, KSC was on Monday, January...

innonews - August 10, 2018 0
The Social Democratic Party, SDP in Imo State has claimed that some aggrieved members of the All Progressive Congress, APC are set to join...