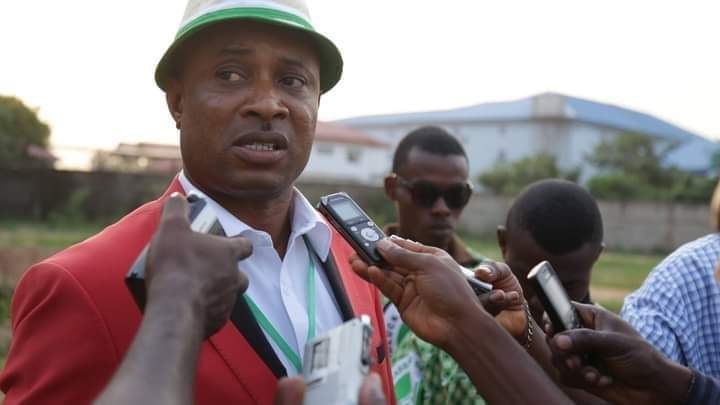 Another source claimed that a frosty relationship with the leadership of the House comprising the Speaker, Paul Emeziem and the Deputy Speaker, Hon Chyna Iwuanyanwu, may have been part of cumulative factors, which led to the impeachment of Mr. Ogbuagu.

He was also alleged to be “entangled in a cold and vicious war” with the Deputy Speaker, Amara Chyna Iwuanyanwu, who has been accused of exercising “overbearing and dominant” powers in the House even more than the Speaker.

The Speaker, Hon Paul Emeziem who presided over plenary, Thursday said that the Majority Leader has been impeached.

In Nigeria, State Governors exercise enormous stronghold on members of the State Assembly.

innonews - May 11, 2020 0
President Muhammadu Buhari, has directed that Madagascar’s cure for coronavirus be picked up. Madagascar had prepared a drug named...

Still On The First Imo Stakeholders Meeting. BY CHIBUIKE ONYEUKWU

innonews - March 6, 2018 0
Pensioners in Imo State have again cried out, lamenting non -payment of their pensions by the Imo State Government. They described their plight as “passing...

innonews - September 6, 2021 0
Ahead of the November 6 Anambra governorship election, the Peoples Democratic Party, PDP, has suspended the Inauguration of its governorship campaign Council.