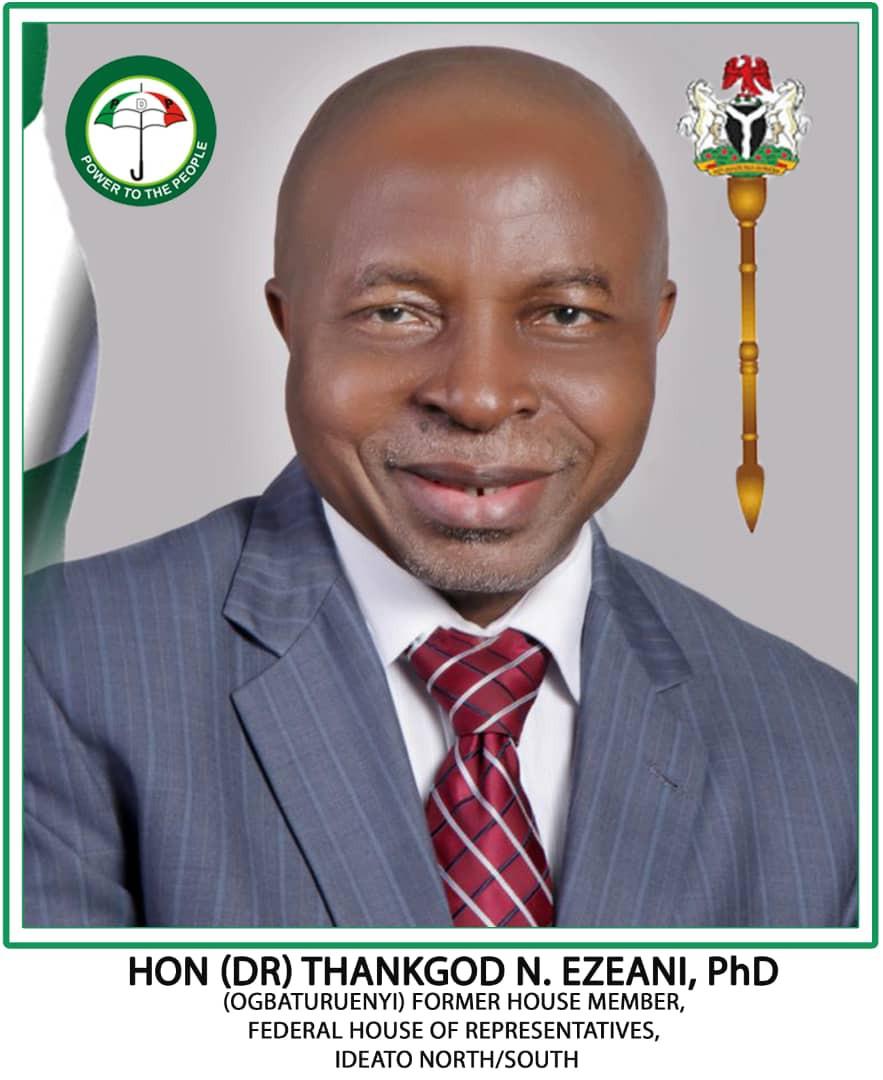 Former Federal lawmaker, Hon ThankGod Ezeani, has comiserated with the Publicity Secretary of the Peoples Democratic Party, PDP, in Imo State, Ogu Bundu Nwadike, over the death of his father, Pa Lazarus Nwadike, at the age of 79.

In a statement released by Ezeani Media Centre in Owerri and signed by Chijioke Nnadozie, the industrialist, described the passing away of Pa Nwadike as “a bitter pill to swallow”

He described Pa Nwadike’s death as an inevitable quiet end, which must happen to every living soul.

Ezeani, who represented Ideato North and South Federal Constituency in the House of Representatives, urged the entire Nwadike family to accept the great loss with total submission to God, the giver and taker of life.

He described Mr Ogubundu Nwadike as a worthy patriot and a man whose dedication to his duties are visible and commendable, assuring him of God’s grace and faithfulness during this difficult period.

He prayed for the successful burial of the Septuagenarian who he said is already resting in the bosom of the Lord.

innonews - September 20, 2017 0
Some members of the All Progressive Congress (APC) have taken a move to persuade a former governor of Borno State, Sen Ali Modu Sheriff...