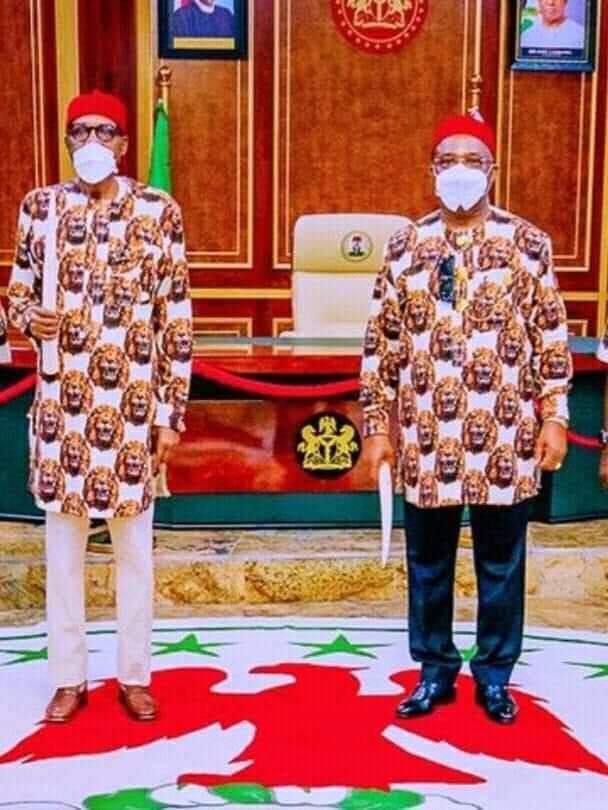 The latest revelation by Imo State Governor, Senator Hope Uzodimma, that the ruling All Progressive Congress, APC, is not interested in giving an Igbo, it’s presidential ticket ahead of the 2023 presidential election, may have foreclosed the presidential ambition of prominent Igbos said to be eying the Presidency on the APC platform.

Uzodimma who spoke to Channels Tv, said the APC is not interested in an Igbo President in 2023, but rather a Nigerian President who is competent to lead the nation.

Analysts contend that Governor Uzodimma indeed let the cat out of the bag, concerning the fate of Igbos in the ruling party ahead of the 2023 presidential contest.

With his revelation, coming barely few days after President Muhammadu Buhari visited the State, there are strong indications that it may be all over for the South East to produce Buhari’s successor in 2023.

Though the APC national leadership is yet to say which zone will produce it’s presidential candidate, Uzodimma may have just given an eye opener, that no Igbo is in contention for the ruling party’s presidential ticket despite the body language of key chieftains of the party from the South East who are interested in succeeding President Muhammadu Buhari.

Among those suspected to be eying the presidency in the APC from the South East include Ebonyi State Governor, Dave Umahi.

Umahi had dumped the Peoples Democratic Party, PDP, on the basis that he was convinced that the opposition party will not conceed it’s presidential ticket to the South East.

Former Governor of Imo State and Senator, Rochas Okorocha, is also said to be eying the presidency in 2023.
Okorocha had vied for the APC presidential ticket in 2015, but lost to Muhammadu Buhari, who later won the presidential election.

He is one of the founding leaders of the party.

Though there has been no formal declarations by anyone from the South East interested in the presidency, reports in the media had also speculated that former Abia State Governor, Senator Orji Uzor Kalu, and Minister of State, Education, Emeka Nwajiuba, could be also interested in the APC presidential ticket.

A political analyst, Mr. Gideon Uba, described Governor Uzodimma’s revelation as a clear message to the South East to forget actualizing an Igbo president on the APC platform in 2023.

“The handwriting is clearly written on the wall, and it shows the South East has never being in the political calculations of both the APC and PDP.

He said “Also, with Uzodimma has just said, he has jeopardized the chances of the APC in the South East particularly in the Anambra State governorship election. It is clear that the APC has no plans for the South East.

innonews - June 27, 2017 0
Felix Mourinho, father of Manchester United Coach, Jose has been buried in Portugal. He was aged 79 and was reported to have passed on Sunday...

innonews - February 28, 2019 0
The Independent National Electoral Commission, INEC has revealed that it would conduct governorship and State House of Assembly election in 29...

innonews - August 15, 2017 0
Deputy Chief of Staff (Operations), Government House, Owerri, Engr.Kingsley Uju has denied reports in the media that he said Okigwe and Owerri Zones should...

innonews - May 19, 2022 0
As primaries of the All Progressives Congress, APC and the Peoples Democratic Party, PDP draws near, the race for Orlu senatorial seat...