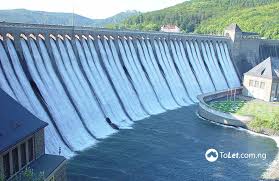 This is commendable in the face of dwindling power supply in the State lately.

In the past two months, there has been noticeable drop in power supply in Owerri and across the State, a development which is detrimental to the economy and security of the State.

Power supply is essential to the growth of the economy of Imo State, and when it is inadequate, large and small scale businesses suffer, investors- local and foreign- either relocate or flee from the State.

One of the major factors, which has hindered efforts by past and present administrations in Imo State to boost industrialization, is poor and inadequate power supply.

Also, the Ease of Doing Business in the State has become cumbersome because of inadequate power.

In industrialized nations,the wheels of economic development are propelled by constant power supply.

Nigeria, regrettably, has been plagued by inadequate power supply for several years despite billions of naira that has been injected into the power sector and the liberalisation of the sector, which had encouraged private sector involvement.

The Federal Government has also failed to meet the power demands of the populace, with over half of Nigeria’s population in darkness and a greater majority resorting to the use of generators and solar power.

The resort to Independent Power supply has been embraced by various State governments, to boost power supply in their States.

It is therefore worthy of commendation that Imo State is about to embrace this initiative or rather seems to have exhibited a strong desire to take extra measures to boost power supply in the tate.

However, INNONEWS cautions, that the proposed Otammiri Dam, does not become a mirage, or simply put, a pipe dream. The State government must explore all viable opportunities to ensure that the approval granted by the President to build the Dam translate to reality.

The benefits inherent from the proposed Otammiri Dam goes beyond providing extra power supply to the State, it would be a key factor that will boost economic growth in the State and the South East.

“Power supply is essential to the growth of the economy of Imo State, and when it is inadequate, large and small scale businesses suffer, investors- local and foreign- either relocate or flee from the State”

Politics Of Roads. BY RICHARD ODU

Not Too Young To Run Bill:Reps Member Leads Youths On Street...

innonews - March 14, 2018 0
The member representing Oshodi/Isolo Federal Constituency in the House of Representatives, Imo State born Hon. Hon. Tony Nwulu is leading a protest to the...

innonews - June 16, 2019 0
The Action Alliance, AA has dumped it's legal onslaught against the Peoples Democratic Party, PDP and the...