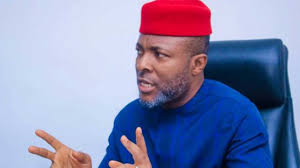 Ibeh was replaced with Emeka Nduka, as Speaker.

He said he remains loyal to Governor Hope Uzodimma.

“He therefore wishes to reiterate his commitment to the 3R Government of His Excellency Gov Hope Uzodimma and to pledge his loyalty and support to the Governor, the good people of Obowo State Constituency and Imo State” part of the statement read.

Ibe was the third Speaker of Imo State House of Assembly since January 2020.

His predecessors are Hon Chiji Collins and Hon Paul Emeziem.