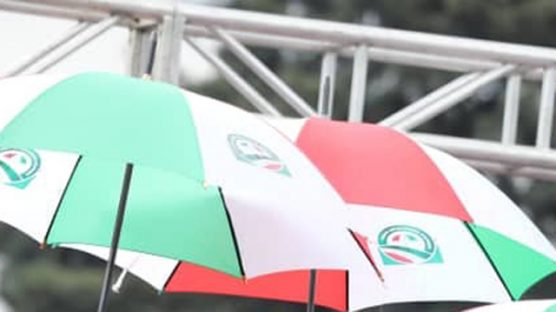 The Peoples Democratic Party (PDP) has been asked to apologise to the people of Imo for its criminal connivance to breach the provisions of the Constitution of the federal Republic of Nigeria through the illegal governorship mandate it claimed in the 2019 elections, leading to its seven months illegal occupation of Government House.

Imo state Commissioner for Information and Strategy, Hon Declan Emelumba who canvassed the position during a Channels Television programme, said it was the least expected of the party and RT Hon Emeka Ihedioha for appropriating what was not theirs in 2019.

“They knew they didn’t win the election. Yet they connived to steal the mandate and held it for seven months before the intervention of the Supreme Court. So, they ought to apologise to Imo people for that malfeasance”, Emelumba argued.

He noted that the painful aspect of it was that Ihedioha wasted the seven months without one tangible project to show.

According to him”, apart from the administration embezzling N19b of local government funds as revealed in an audited report, the former governor spent the seven months attending to his personal estates, including frivolous monthly travels overseas.

He said it was a huge irony that PDP will have the effontry to critise Gov Hope Uzodimma on performance whereas its seven months in office was a disaster.

He insisted that as a regime that actually “emerged against the provisions of the Constitution and therefore lacked legitimacy, PDP and Ihedioha ought to have publicly apologized to Imo people and ask for forgiveness. They need to come clean and tell the people the truth without which it will be sacrilegious for the party to continue to politic in Imo state”

The commissioner regretted that instead of hiding their heads in shame for being willing beneficiaries of a purloined mandate, PDP and Ihedioha were prancing around pontificating on the integrity of the electoral process. “How can they give what they don’t have ?”

Emelumba added that although the party, through its state secretary, Nze Ray Emeana, has finally admitted losing the 2019 elections through the supreme court, it must go the extra mile to offer restitution to Imo people through a public apology.

innonews - January 25, 2020 0
BY CHIEDU UZODINMA Imo State has become a cinema, or rather a club house where the usual and unusual...

Bianca Ojukwu: Why I Gave Ebele Obiano, A Dirty Slap At...

innonews - May 31, 2017 0
Imo State Governor, Rochas Okorocha has sacked his commissioners and 27 Local Government Transition Chairmen. This confirm our report last week that the Governor has...