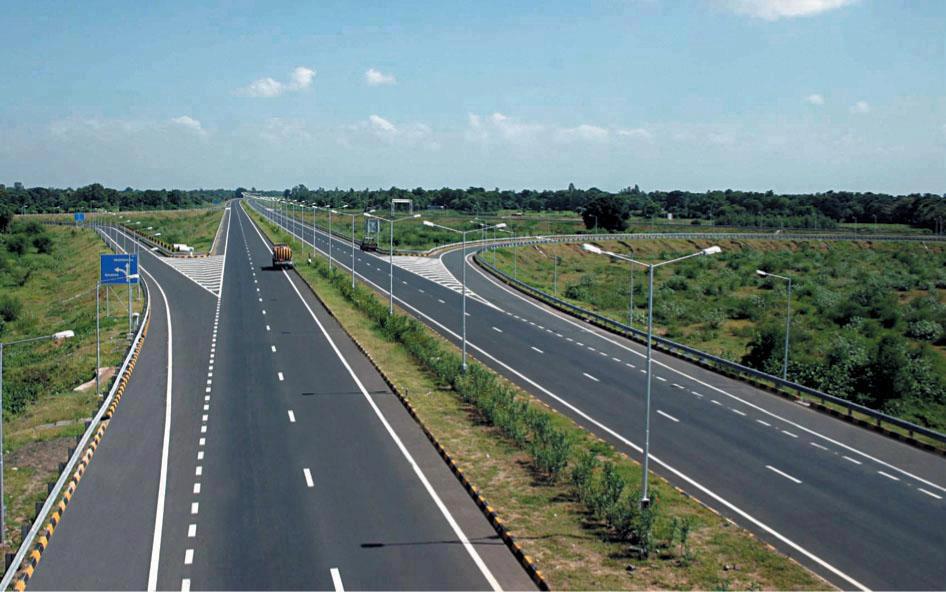 President Muhammadu Buhari loves roads. When he speaks of his achievements in infrastructure, he usually focuses on the many roads he has been able to build for Nigerians. His love for roads transcends the boundaries of Nigeria, such that a major road and train tract have been built connecting the nation to neighbouring Niger, fully financed by Nigeria.Perhaps, the present All Progressives Congress (APC) administration in Imo State was influenced by the central government into turning the state to a huge construction site. And the president, also of the APC, is ever ready to visit the state to commission the many roads that Gov. Hope Uzodimma builds.

On focus at the moment is the Owerri-Umuahia road, an inter-state road that falls under the schedule of the Federal Government as a responsibility. The Imo State government decided that it was time to replicate, on this road, the feat it performed on Orlu Owerri road, as well as a part of Owerri-Okigwe road, major roads that define the economic wellbeing of Imo.

Shortly after the flag-off of the road rehabilitation project, which the president was also involved in, the bulldozers moved in5tu site and began the scraping of the road.Since the commencement of the road rehab, commuters have been raising issues about it, some knotty as they might be. Many observed that the road in question was a federal concern and should have been directly financed by the Centre. They do not understand why the state government should use its funds on a federal road when hundreds of kilometres of state roads are derelict. The MCC-Uratta road cutting across Toronto Junction and veering rightwards to Emekuku to also join the Owerri-Umuahia road is a typical example of a bad road that is a state government’s responsibility yet to be tackled.

Besides, had the road been okay, it would have served as a ready bypass or relief road to the Owerri-Umuahia Road when construction began, giving construction workers room to do their job faster and without vehicular obstructions..It’s been said that the Federal Government had agreed to refund the state’s expenses on the project. Much to the consternation of an ordinary mind, it’s the federal government, the sole repository of national funds, asking a state to take up its own responsibility! So many times had the federal government reneged on several promises it made to Nigerians. Would this not be one of the broken promises? We have not thought of the likelihood of a pharaoh that knows not Joseph appearing on the scene as Buhari’s name is no longer going to be on the ballot paper. If the Federal Government fails to refund that money, it means that Imo State would be denied a crucial benefit from the Federal Government.

We recall that the late Gov. Sam Mbakwe, in 1982 when that road became too bad for vehicular traffic, had put up a notice to road users that the road was the responsibility of the “NPN-controlled Federal Government.” Mbakwe, then an NPP governor, did not want it to affect his re-election chances that year.Politicians can hardly change their chameleonic nature and the principle of a hidden agenda behind every move they make. For this reason, people are asking why the administration would decide to dismember and rebuild a road made fairly functional by the seven-month administration of former governor Emeka Ihedioha.

Perhaps, this has pushed some commuters into thinking about the general elections that are at the corner. The road traverses Egbu, Emekuku, Mbaise, Obowo and other communities. Could the rehab project have been targeted at wooing these communities for votes in favour of the APC? Or, was it meant to scrape off any Ihedioha input into it? Unarguably, Imo remains a strategic state for the ruling APC in the South East region, so much that they risked all odds, all seeming arithmetical controversies about poll figures, to wrench the state off the hands of the People’s Democratic Party (PDP) through a Supreme Court judgement. What will they not do to retain it?There is the age-long politics of “hooking up to the national grid”.

In other words, if the APC is controlling the centre, amenities would easily flow to all APC states. If this principle held water, Anambra which had always belonged to the All Progressives Grand Alliance (APGA), an only son in the political polygamy, would have been the poorest state in the country.

But, the case is absolutely on the reverse side. That state has always come out tops in education, industry, and financial management since they got their bearing right during the tenure of the now celebrated former governor Peter Obi.Since the commencement of the Owerri-Umuahia road project, motorists making use of the road have had nightmares passing through it.

When the rains were here, it was about slippery portions that had been scrapped for rework. Now that it’s dry season, it’s the menace of dust. And generally, the harrowing experience of stand-still traffic jams had forced some motorists to pass through the distant Imo Airport road to Mbaise, through Aba road. Yet, they end up bursting out at Afor Enyiogugu market to confront yet more earth moving equipment creating gutters, scraping old portions, tipping off red earth or just pouring cement or bitumen where needed, while also obstructing vehicular movement.

Admittedly though, no one makes omelette without breaking eggs.Besides the broken expectation that the road was going to be expanded, one notion that hardly matches human logic is the suspicion that the road rehab is an attempt to make the road users, especially the kinsmen of the administration’s arch political rival, Ihedioha, suffer a little. It does not make sense to first traumatize the people and later return to them to solicit for votes. But what will be most painful would be the abandonment of that project on the long run after all the functional parts of the road had been scraped down to red earth. We are yet to see how much of it that would be done before it faces the heavy traffic of the approaching Christmas season.The politics of roads, in the Nigerian political sense, is that they are the visible projects the helmsmen in government feel they can showcase and win the hearts of people.

Romantically, they call it the dividends of democracy. Unfortunately, every administration loves to work on roads and roads and roads, perhaps also because it offers an opportunity for contract kickbacks that are difficult for an auditing eye to detect. For that reason, the recurring development has always been road projects while vital policies that catalyse human development in terms of business aids, job creation, salary enhancement, pensions and gratuities are relegated to the background. Other sectors such as agriculture, education and health get less attention.

In the last administration before Ihedioha in Imo, huge funds were expended on poor quality roads that bore the sobriquet “China roads”. All the roads built in that administration are being reworked today. It stands to reason that the politics of roads and other amenities in a given administration is dependent on the character of who occupies the seat of power.

Clem Agba, minister of state for budget and national  planning, recently accused governors of giving more thought to flyovers and airports than improving conditions in rural areas.Agba said 72 percent of Nigeria’s poor citizens are in the rural areas abandoned by the governors.No matter what influenced the government, the most important thing is that in due course the road would be passable and would remain so for a very long time.Candidly whatever decision a president or governor takes while in office, what awaits him at the end of his tenure is either glory or shame. As the late Senator Chuba Okadigbo said, history vindicates the just. Theists might prefer to say that God vindicates the just and indeed apportions appropriate rewards.

Worries Over Frequent Breakdown Of Taximo In Owerri

innonews - October 23, 2017 0
Concern and worries have been expressed by operators of the newly introduced taxi cabs in Owerri metropolis, "Taximo" by the Imo State Government. Newspaper reports...

Big Win For “Allied Forces”, As Hilary Eke Is Sworn In...

innonews - June 4, 2018 0
BY UGONNA OKO The Allied Forces, a powerful of group of politicians in Imo State chapter of the All Progressive Congress, APC have scored another...

innonews - September 11, 2022 0
*Vows To Drag Party To Court In Next 48 Hours If It Fails To Produce Indictment Report* Former Speaker,...