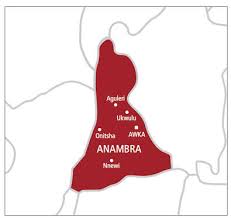 Former Vice President, Dr. Alex Ekwueme and former Governor of Anambra State, Dr. Chukwuemeka Ezeife have thrown their backing to Anambra North Senatorial zone to produce the next governor of the State.

Ohaneze said in Awka that its position reflects the decision of all stakeholders in the state.

Chief Damian Okeke Ogene, who spoke on behalf of Ohaneze alongside 15 traditional rulers in the state, said zoning of political offices would eliminate rancor, acrimony, disunity among others in the State.

He was flanked by Dr. Ekwueme who said zoning of the Anambra governorship would guarantee good neighbourliness and sustenance of peace in every political sphere.

Ezeife said a political entity performs best in the atmosphere of peace and unity which is generated by equity, justice and fairness. He said each senatorial zone the governorship seat was rotated to, should be given the opportunity to retain the seat for eight years which comprises four years tenure.

innonews - May 8, 2018 0
*BY OKECHUKWU NWOSU* The ward congress in Imo APC has continued to generate tension in the party and by extension in the State. Since a coalition...

The Cries For Justice In Ogwuaga Abba Autonomous Community

innonews - February 16, 2019 0
The Nigeria Union of Journalists, NUJ has reacted to the postponement of Presidential and National Assembly elections earlier scheduled to hold on...

innonews - September 28, 2017 0
Former President Goodluck Jonathan has reacted to claims made by Imo State Governor, Rochas Okorocha that (Jonathan) offered inducements to him to win votes...