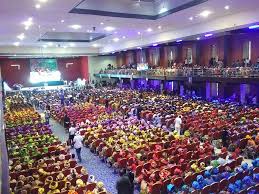 Some top Imo State politicians mainly those eying the governorship contest in 2019 have used the just concluded yuletide to intensify consultations and strengthen their plans geared towards realizing their respective governorship ambitions.

Before then, Imo State Governor, Rochas Okorocha who is leaving office on May 29, 2019 and bent on installing a sucessor had shared gift items and cash to party members. There were reports of xmas largesse to traditional rulers as well in the State.

Within the period the yuletide lasted, these governorship hopefuls held series of meetings and engaged more in sharing out gift items to people.

Uche Nwosu and Senator Araraume were known to have shared several bags of rice, cash and other gift items to both party members and their political followers.

Araraume had engaged in several meetings with party stalwarts and some traditional rulers in Okigwe zone at his Isiebu home in Isiala Mbano LGA.

Okey Ezeh assured APGA faithful of 27 vehicles for the 27 chapters of APGA in Imo State, donated cash and other items that will put the party in good stead ahead of the 2019 elections.

Also, some members of the Imo State House of Assembly and National Assembly from Imo State also used the yuletide to strengthen their political causes by also giving out gift items and cash to friends, constituents and associates.

Senator Samuel Anyanwu had doled out cash and other items to some women drawn from Owerri Zone.

innonews - February 28, 2018 0
In furtherance of his commitment to protect legacy projects of the Rochas Okorocha administration in Owerri municipal, the member representing Owerri municipal state constituency...

innonews - May 17, 2018 0
*From David Uka, Abakaliki* A head of next Saturday state Congress of All Progressive Congress, APC, the Ebonyi State chapter of the party has adopted...

innonews - January 28, 2020 0
The All Progressive Congress, APC now have majority of members in the Imo State House of Assembly. It now have 17...

innonews - February 27, 2019 0
President Muhammdau Buhari of the All Progressives Congress, APC, was declared winner of the 2019 Presidential election on Wednesday morning.