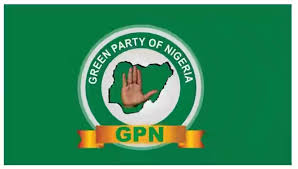 The Green Party of Nigeria has vowed to take over the reins of governance in Imo State and at the Federal level  in 2019.

At a meeting held in Owerri and attended by party stakeholders and some party executives from the five south East states, they agreed to roll out drums of support for their national leader, Rtd Maj Gen Hamza Al Mustapha for the Presidency in 2019.

Addressing the party members from the South East States,the GPN National Coordinator South East, Hon. Evang.Raphael Chukwudurum said the meeting is aimed at ensuring that GPN takes over the presidency of  Nigeria and the entire South Eastern States and in Imo State in particular for good governance.

He called on the peoplr to vote GPN into power disclosing that it is only the party that has the leadership sagacity and credibility to restore the stolen glory of the country.

Evang. Chukudurum advised and encouraged Nigerians and Ndi-Igbo to go and obtain their voters cards ahead of the 2019 general elactions  as it would them to vote for the GPN.

In her speech, the Imo State Chairman of Green Party, Hon. Mrs.Ngozi Williams commended the Independent National Electoral Commission for the success recorded by INEC in carrying out voters registration..

ASETU To Ndigbo: Support Only Aspirants With Intergrity

innonews - March 14, 2018 0
Ndigbo have been enjoined to be meticulous in selecting those to represent them at all levels come 2019, using integrity, credibility and pedigree as...

innonews - November 4, 2017 0
The Member representing Owerri Federal Constituency, Hon.Ezenwa Onyewuchi has been heavily linked to plans to represent Owerri senatorial zone in the Senate in 2019. Onyewuchi...

Ihedioha, Irona: An Uncommon Synergy In Leadership. BY KENNEDY EWEAMA

innonews - June 18, 2018 0
The convener of one million march for late former Head of State, General Sani Abacha, Mr. Daniel Kanu has joined the governorship race in...
He  lamented over public properties allegedly acquired by the present Governor of Imo State, Rochas Okorocha vowing to recover them for the benefit of the State.