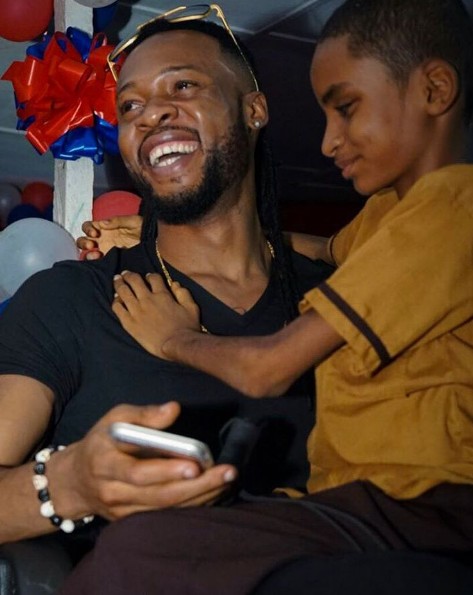 Semah was introduced to Flavour by Masterkraft and the traditional Queen Ruler, Julie Endee, in Liberia last year.
His vocals, intonation, and confidence was something else which captivated Flavour during his performance at the Liberia Peace Cultural Centre.

Flavour said, “When it comes to music, impairments do not exist, as for me, music is spiritual. Therefore, there are no limitations as to whom I choose to work with. Cobhams Asuquo is another extraordinarily talented producer and composer that I worked with on ‘Virtuous Woman’ as part of my fifth studio album ‘Ijele – The Traveller.’ There are no bounds to creativity”.

He also said that Semah is bright and brilliant boy, who at his age have developed confidence of himself. Those qualities are rear which has made it a pleasure to work with him. He said that he is comfortable working with Semah because he doesn’t allow his condition to stop him in anyway.

Okey Ezeh To Imo Workers: Your Glorious Days Are Near

innonews - August 9, 2018 0
Thiabout Courtois has opened up on his move to Real Madrid from Chelsea. The Belgian was unveiled on Thursday after completing a medical with the...