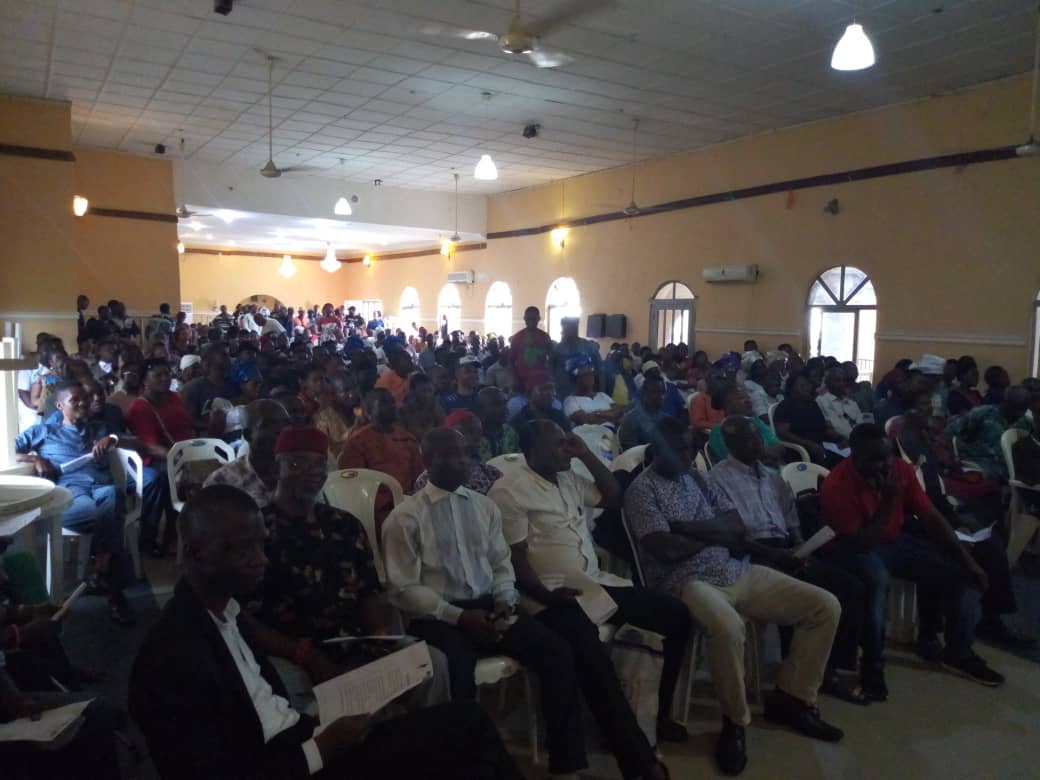 Preparatory to the 2019 general elections in the country as the Independent National Electoral Commission, INEC, had earlier released its 2018 time table and guidelines for the August-September primaries for all registered political parties in Nigeria , the Mass Action Joint Alliance Party, MAJA ; whose mission is to promote the socio-economic and political well-being of all Nigerians through genuine democracy characterised by transparency, accountability, quality education and social justice, was on Monday 16th June through Wednesday 18th July, 2018 ; embarked on her massive zonal political rally of Okigwe , Orlu and Owerri zones in Imo State, respectively.

Mass Action Joint Alliance, MAJA party is obviously one of the fastest growing newly registered political parties devoid of leadership crisis , political shenanigans and controversy occassioned by selfish tussle for power and position amongst its founders, stakeholders, leaders, numerous supporters, followers and members alike; despite being one of the three leading political parties according to a report credited to INEC by Alhaji Guwo Hassan Abba , that joined the over 39 other opposition parties to sign Memorandum of Understanding (MOU) and that of Alliance under the guise of Coalition of United Political Parties (CUPP), recently formed by the People’s Democratic Party (PDP) and a splinter group of the ruling All Progressives Congress (APC) now called Reformed APC. A coalition which was aimed at giving Nigerians a better deal owing to what the group called ”the prevailing issues in the country “.

The zonal summit with the theme : “BAD GOVERNANCE : A CHALLENGE TO REFORMERS ” featured most prominently guest speakers from both the business and political class including the academia ; as each of the speakers took a regulated time to dissect the causes of bad governance and its adverse effect on the governed before, during and after the elections.

It should be noted that the Director -General of Chief Aloysius Osuji Campaign Organization, Hon. Nwadike Chikezie did justice to the talk shop when he was given the stage.

However, aggressive youths mobilization and active women participation in grassroots politics best described the massive turn-out of the political zonal summit in the three senatorial district, a newsman from NTA reported.

Meanwhile, a frontline governorship contender for Douglas House in the 2019 political contest, an international constitution lawyer of repute and Human Rights Advocate, a polished technocrat ; an astute administrator and philanthropist par excellence , Chief (Barr) Aloysius Osondo Osuji; in the company of his entourage joined the political party under whose platform he aspires to govern IMO State for her zonal summit in Okigwe, Orlu and Owerri geopolitical zones; amidst his numerous supporters and dance group who sang to the cheering of the public.

The zonal summit provided the platform for Chief Osuji to systematically address party faithful and leadership while presenting some highlights of his Administration’s Policy-Thrust if elected into office by 2019.

Chief Osuji, a very sound mind and proactive politician at each of the zonal summit exhibited high level of oratorical prowess embedded with convincing ideas maintaining that he has mapped out workable and implementable template to solve the socio-economic challenges bedeviling IMO State if given the opportunity to serve.

In his own words : ” Iam not coming to be served, but have rather come to humbly serve. I will wipe away tears from the eyes of ndi Imo as our people don’t deserve this hardship in the midst of abundance” . A soul-touching striking statement that endeared many of his listening audience to the Dim Na Nume born International lawyer.

The Reformer, Chief Aloysius Osuji had said, if given the opportunity to govern Imo state in 2019 , he would reform critical key sectors of the state economy while boosting its Internal Generated Revenue (IGR) through the inclusion of Public Private Partnership, PPP with the help of his foreign partners in Europe and Asia.

The governorship hopeful however, made case for active women participation in governance under his watch promising to give 45% of his appointments to the women folk.

TheAbba4thforce.com also gathered from an insider source that the governorship hopeful under MAJA Party may most likely root for a woman as his Deputy.

While calling to mind the recent poor academic performance index of Imo state promised to reform the education sector of the state through technical, functional and qualitative education.

Nonetheless, the National Chairperson of MAJA Party, a former Commissioner of Works, Housing and Transport in Anambara State between 1992-1993 during the tenure of Chukwuemeka Ezeife , Chief (Mrs) Chika Ibeneme (Ugomba ndi Igbo) while addressing party faithful and Imolites advised ndi Igbo to be prepared to witness the political tsunami that shall sweep away the ruling party across the states through Mass Action and Joint Alliance of the Coalition, trusting God that the party will produce presidential aspirant for the group.

She however, berated the APC led -Buhari administration for recording the highest number of massacre in the country through insecurity.

The veteran and ace politician, Ibeneme expressed deep concern over the security non-chalatancy of the authorities maintaining that life has become very cheap in the country today.

TheAbba4thforce.com which monitored the 3 days zonal political summit of the party; while sharing the views of the National Chairperson of MAJA , also expressed nostalgic that at a time you expect those saddled with the responsibilities of protecting lives and property to boost the country’s security architecture by mapping areas of the country where threats and vulnerabilities are active and deploy their human and material assets to such locations, we unfortunately, have a situation in which half a larger percentage of our police and other security operatives are either body-guarding or carrying bags for politicians and their numerous concubines and spouses.

Nevertheless, the top echelon of the party national leadership , statement executives , LGA and Ward officers were fully in attendance as MAJA party which is currently dominating the cyber space is also changing the narratives of Imo political landscape : A political party being rated as the N0.3 most active political party with no crisis -ridden according to a report credited to INEC.

Party faithful and supporters have expressed optimism about the political future of MAJA in IMO State. We see a light at the end of the tunnel, Abba 1 of Abba , chairman of the Elders’ Forum and a Chieftain of the Party in the state from Abba Ward in Nwangele LGA , expressed.

Meanwhile, 2019 general elections in Nigeria shall be a litmus test to the founders and promoters of this emerging corrupt and controversial -free political party that is fast becoming a house name in Imo State. 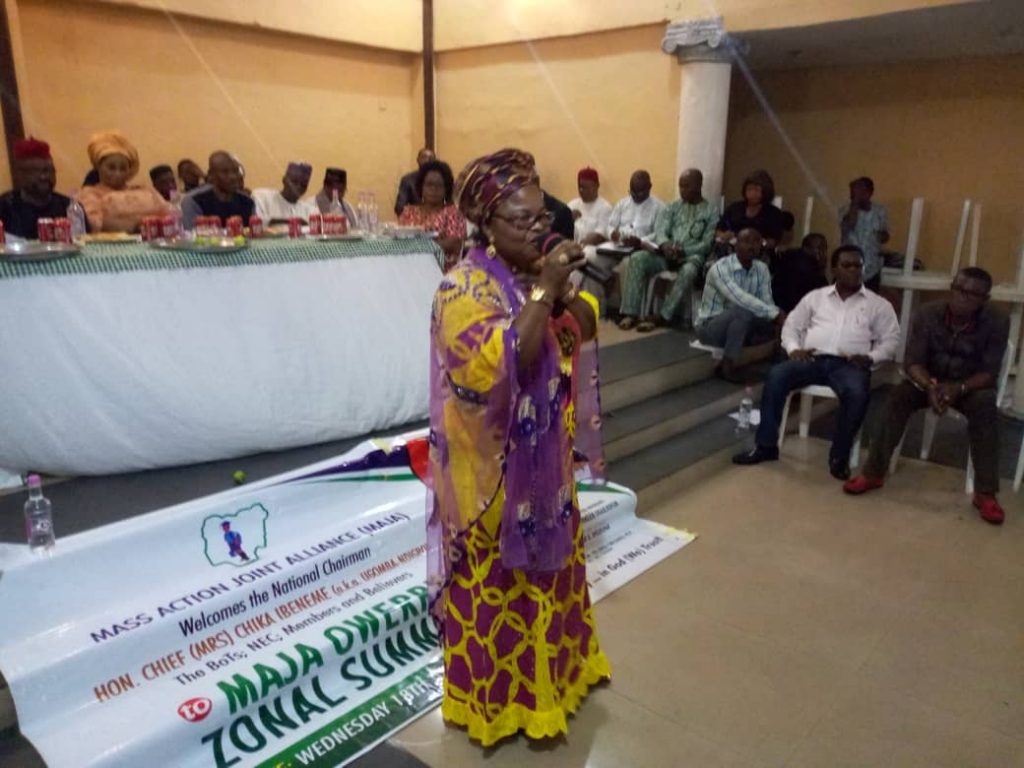 Imo Commissioners List: Those Who May Make The Cut

innonews - July 22, 2019 0
Intellectuals, party chieftains and what a source described as round pegs in round holes will be highly considered for Commissioner posts to...

innonews - October 27, 2017 0
Scion of the Onyeukwu Dynasty in the Owere-Nchi-Ise community of Imo State and one of the grand daughters of the late media icon and...

innonews - September 13, 2021 0
There is a noticeable pattern in the just concluded ward and local government congresses of the ruling All Progressive Congress, APC across...