As part of its determination to wrestle power from the ruling All Progressive Congress, APC, the Peoples Democratic Party, PDP is kick starting a sensitization rally on July 7.

A statement from the party and signed by Damian Opara said the PDP will commence the rally starting with 15 local Governments with Mbaitoli LGA as the first point of visit. 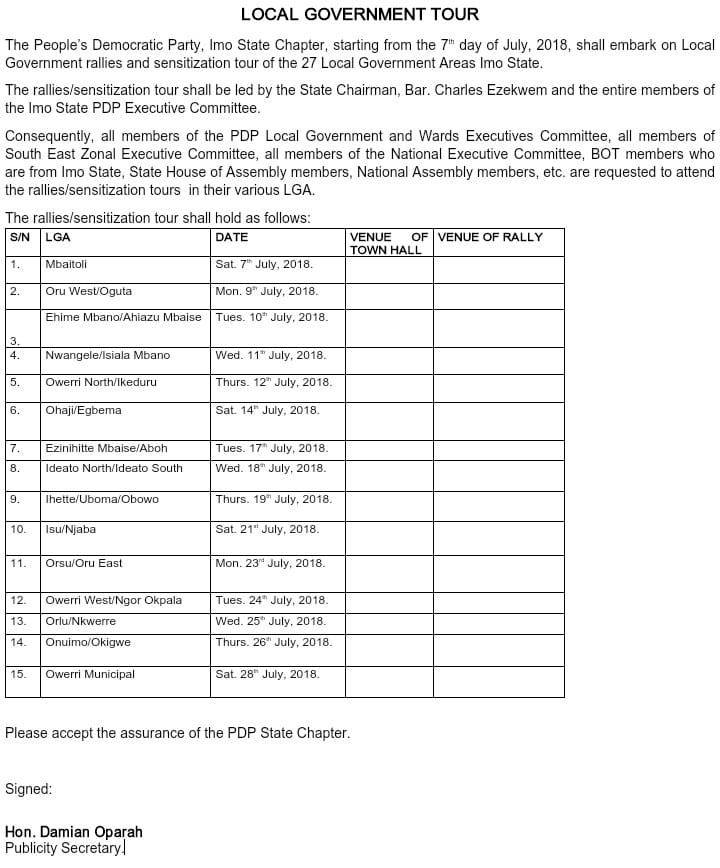 innonews - September 7, 2022 0
The remains of Mrs. Anna Iheaka, mother of a correspondent of Vanguard Newspaper in Imo State, Emmanuel Iheaka, will be interred on...

innonews - August 1, 2020 0
A Nigerian born American, Gabe Okoye, is in the race for the United States Democratic Party’s senatorial run off in the U.S