A Chieftain of the Peoples Democratic Party, PDP, Chief Emmanuel Iwuanyanwu has been appointed leader of the Presidential Nomination Council for former Vice President, Atiku Abubakar.

Iwuanyanwu was a former Board of Trustee member of the Peoples Democratic Party, PDP.

Atiku left the All Progressive Congress, APC and re joined the Peoples Democratic Party, PDP where he is seeking the party’s nomination as its Presidential candidate.

The former Vice President wrote on his twitter handle “Today, I inaugurated my Presidential nomination council led by Chief Dr. Emmanuel Iwuanyanwu. We agreed now is the time for national renewal and this is a task we must undertake as patriots if we must improve the lives of our fellow compatriots and get Nigeria working again. 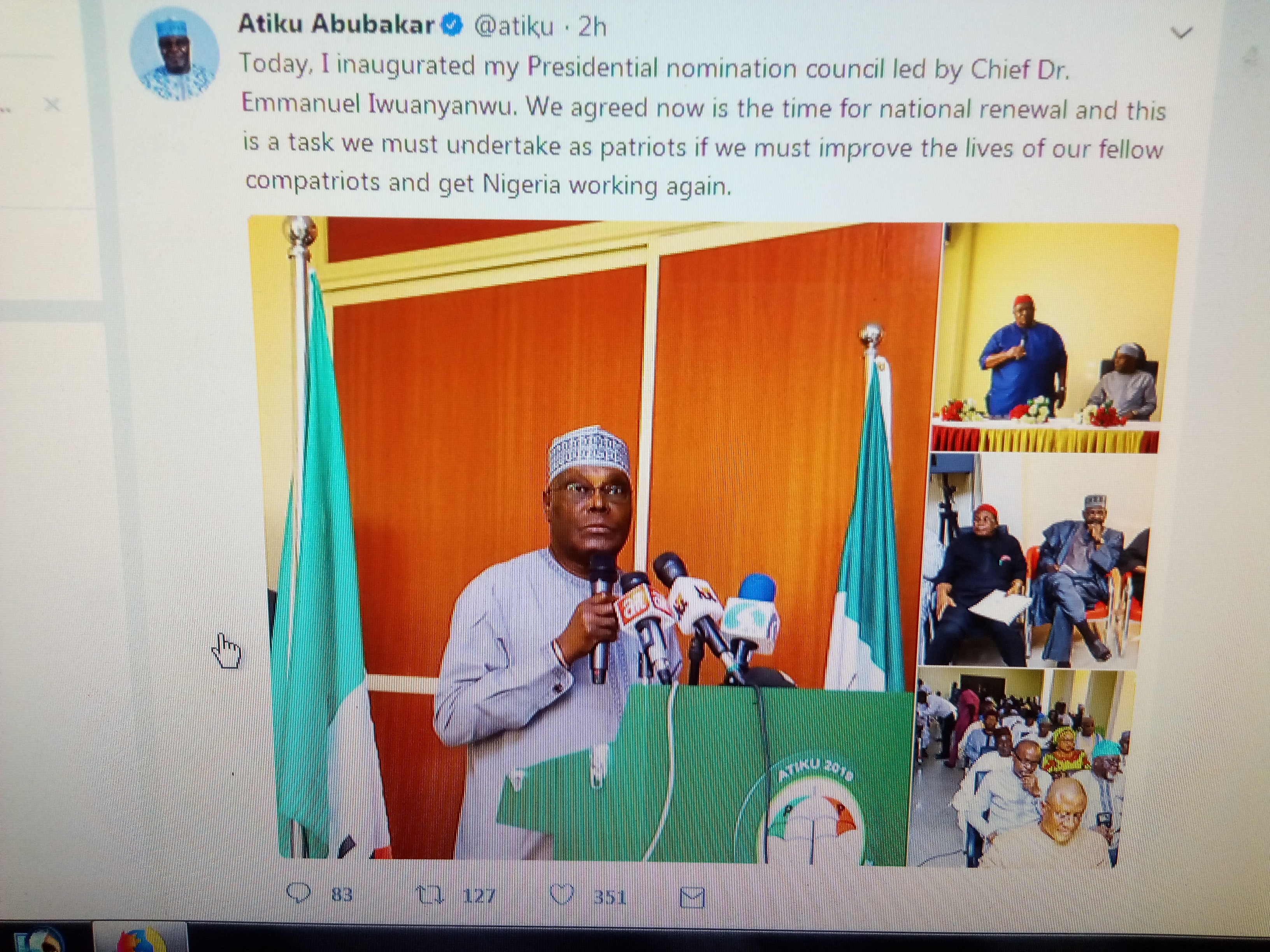 After Sworn In As Senator, Okorocha Speaks On Marginalisation Of South...

innonews - April 20, 2020 0
BY RALPH EJIMKONYE Imo State Governor, Senator Hope Uzodinma, has debunked media reports that he was made Governor of...

Okorocha Bows Out,As Ihedioha Gets Set To Step In As Imo...

innonews - May 29, 2019 0
Rochas Okorocha has stepped out as Imo State Governor as Hon.Emeka Ihedioha is set to be sworn in...

“Owerri Zone May Lose The Governorship Seat In 2019”.

innonews - July 2, 2018 0
In life, we have to study the past very well in order to reposition the future because the past, present and the future are...