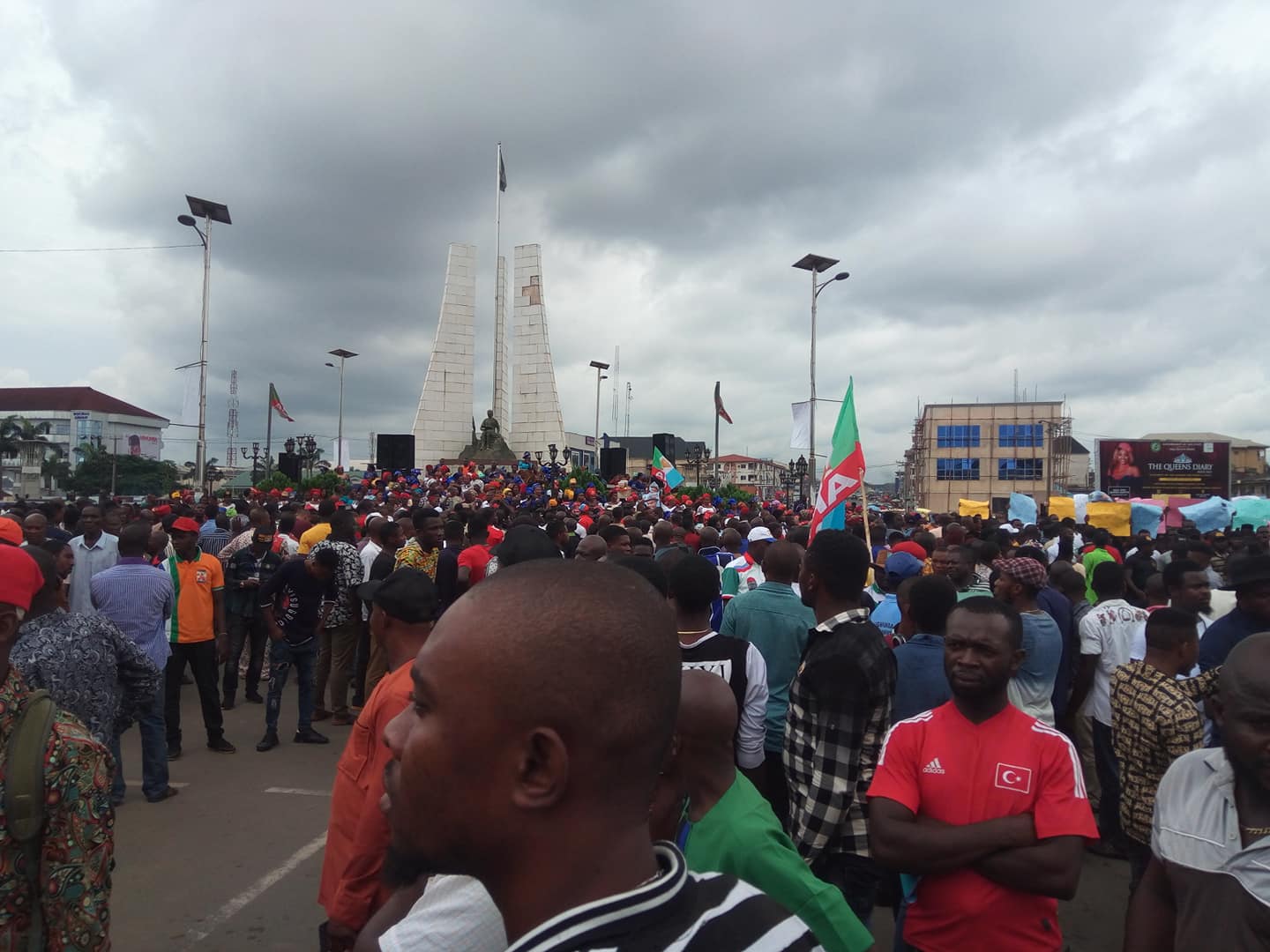 Members of the All Progressive Congress, APC in Imo State have embarked on protest on the streets of Owerri.They are opposed to the imposition of candidates by the party. The protest is a fallout of the removal of some party candidates believed to have won the primary and replaced those who “did not” win or participate in the primary election.

Two factions exist in Imo APC and the intensity of the rivalry had increased after the party primary.

One of the factions is led by Imo State Governor, Rochas Okorocha while the other faction called the Coalition is made up of politicians opposed to the Governor and is made up of Okorocha’s Deputy, Eze Madumere, Senator Hope Uzodinma, Senator Benjamin Uwajumuogu and others.

The first Party Primary was cancelled by the APC National Chairman, Comrade Adams Oshiomole after Okorocha’s camp had accused the Chairman of the Governorship Primary Election, Ahmed Gulak of failing to hold the Primary and went ahead to declare Senator Hope Uzodinma as winner.

A repeat Primary was held and Okorocha’s former Chief of Staff and son in law, Uche Nwosu was declared winner.

This set the stage for fresh exchange of political fireworks between the Okorocha camp and the Coalition. While the National Working Committee, NWC of the APC is yet to officially announce the governorship candidate of the party in Imo State, a harmonization plan was said to have been carried out by the NWC to reflect the interests of the two factions in the party.

In the process, a serving Senator, Benjamin Uwajumuogu bagged the Okigwe senatorial ticket under the APC automatic ticket window for serving Federal lawmakers. The presumed winner of the Okigwe senate Primary and a former Commissioner of Information, Prof Nnamdi Obiareri lost out.

Others affected include another ally of Governor Okorocha, Kingsley Uju who lost out to another chieftain of the Coalition and serving Federal lawmaker, Hon Goodluck Opiah.

This newspaper had observed that those in Okorocha’s camp popularly called “ndi Agburu anyi” in local language are infuriated with the automatic tickets awarded to those mainly in the Coalition camp.

This set the stage for the ongoing protest on the streets of Owerri where they called on the APC National Chairman, Adams Oshiomole to reverse the automatic tickets which they consider not in line with the party constitution.

State Publicity Secretary of the APC in Imo State, FCC Onwusoanya Jones had in a statement challenged the substitution of names of candidates

He wrote”The All Progressives Congress is a Party that is built on the solid foundation of democracy, discipline and transparency and anyone who tries to deviate from these principles must be called to order, no matter how highly placed such an individual might be in the Party’s hierarchy. The substitution of names of those who won the direct primaries of the Party in Imo State with the names of others who didn’t even have the humility to seek the support of Party members in their constituencies is wrong and must be condemned. This is especially as those who are said to have benefited from this democratic faux pas, except one of them do not even know who is the ward chairman of the Party in their wards, not to talk of officials of the Party at various levels”. he wrote in a statement. 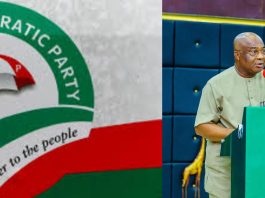 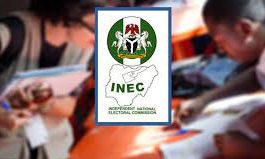 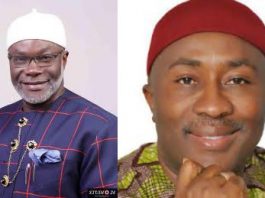 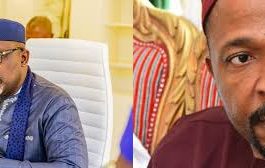