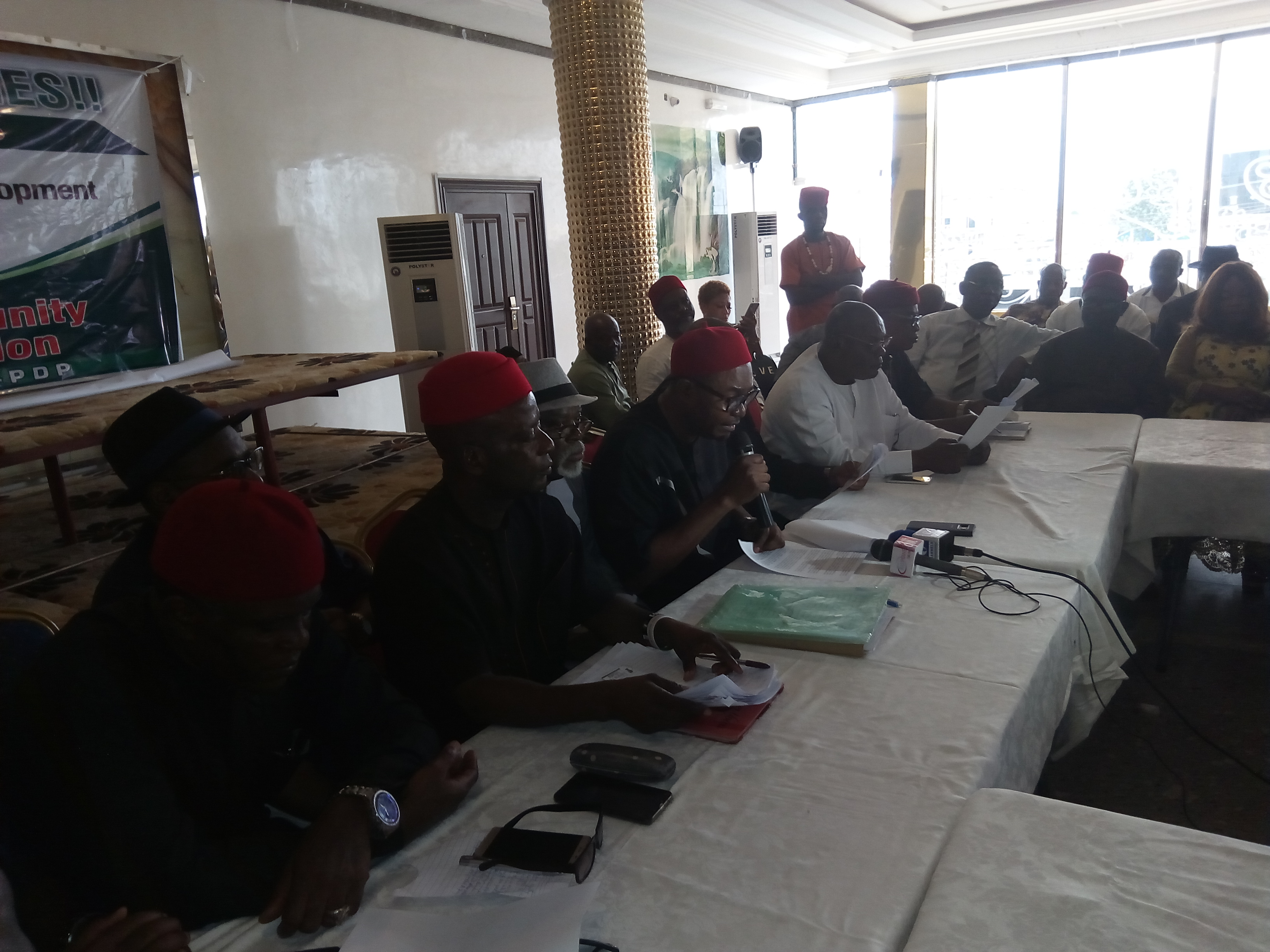 There is a major rift in Imo State chapter of the Peoples Democratic Party, PDP, as ” New Imo PDP” has  emerged.

Chairman of n PDP, Imo State, Fabian Ihekweme at a press conference in Owerri said the PDP in the State has been in disarray in the aftermath of the failed congresses and primary elections.

According to Ihekweme, he said the N Imo PDP was formed because of the impunity and manipulations that greeted the governorship primary election of the party that left party faithful disappointed and sullen hearted which led to seeking remedy in the court of law to determine the real winner of the said primary election.

“It is known fact also, that the once very peaceful and stable enclave of PDP in Imo has been torn into two parallel and irreconcilable factions since the issue of whom between Distinguished Senator Samuel Anyanwu and Rt Hon.Emeka Ihedioha actually won the gubernatorial primary election.

“The factionalization of PDP is no more a secret as the two divide now exist as strange bedfellows residing under the same roof and operating separate pseudo excise within the substratum. As a matter of fact, our beloved party can only be said to be in disarray in the aftermath of the failed congresses and primary elections

“What first started as brazen manipulations by the Osita Chidoka led Committee that supervised the conduct of the ad hoc congresses manifested very early in the day when, acting under impunity, illegally disenfranchised members of the State ALGON that comprised of elected LGA Chairmen and Councillors who control the grassroots base of the party even when they had valid and subsisting court order reinstating them

Ihekweme further alleged that the Congress Committee sent compromised as they were hijacked by a certain powerful individual in the party who insisted in influencing the outcome of the congresses to serve his personal vested interest against the interest the party of the silent majority.

“It is common knowledge that in the build up to the party primary elections, critical stakeholders and elders of the party counseled the NWC of the PDP against any form of manipulation of the process since Imo people are known for zero tolerance towards impunity and lack of due process in selecting candidates in the run off to general elections. But available facts show that this wise counsel was abandoned in place of a manipulated and rigged process

He further stated that  in order to guard against stereotypes, prejudice and abuses being suffered by members of our coalition, it was also decided that a new platform to be known as NPDP be formed to take charge of our affairs in PDP under his chairmanship.

innonews - August 14, 2018 0
*BY DAVID UKA* A chieftain of the All Progressives Congress (APC) in Ebonyi State, Mrs Mercy Nkwegu says that sustained voter education is critical to...

innonews - May 1, 2020 0
Chief Chuks Ajaelu, is a chieftain of the Peoples Democratic Party, PDP in Imo State. He holds the enviable record of not...

innonews - October 27, 2017 0
Absolute silence was kept by six APC Governors after they meet President Muhammadu Buhari on Friday at the Presidential Villa, Abuja. Reports said none of...

innonews - November 27, 2017 0
The local media in Imo State has been awash with reports that Governor Rochas Okorocha's in law, Chuks Ololo has been chosen as his...