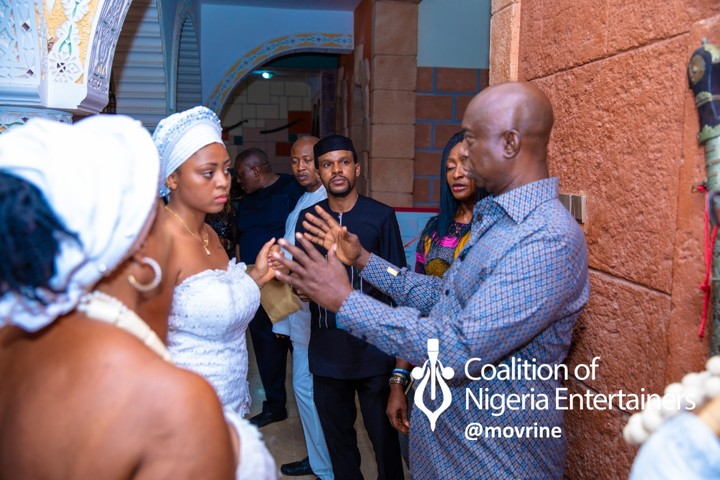 Finally, Actress Regina Daniels has been traditionally inducted into the Otu-Udu Group as the customary ritual of Anioma community, confirming her marriage to Billionaire politician Senator-Elect Ned Nwoko today in Anioma Community in Delta state, where her new husband hails from. The ritual was conducted by elderly women from the community in presence of her mother.

The Anioma induction tradition gives the Actress the right to enjoy all the privilege of a married woman. The occasion of the induction ceremony is an age long traditional of initiation for newly married ladies into the women world of marriage.

According to reports, the induction ceremony calls for celebration, because the Actress and her husband have remained one of the most talked-about personalities across several media spaces in Nigeria, and with this marital ties, fans, followers and Loyalists will be enjoined to express their happiness for the duo.

The occasion was graced with high profile traditional personalities, high level delegations from the Niger Delta, first class royalties in Delta state and other distinguished public faces in the community.