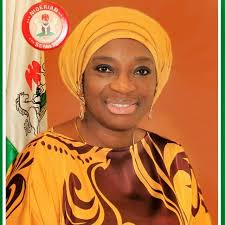 The Federal High Court in Abuja has upheld the candidacy of Senator Mrs. Uche Ekwunife of People Democratic Party in the Anambra Central Senatorial District.

The judgement was declared by Honourable Justice Abang, validating the position of the party that nominated Mrs. Ekwunife and withdrew the candidacy of the initial Candidate.

According to the judgment of Hon. Justice Abang, the presiding Judge on the case with suit No: FHC/ABJ/CS/1474/2018, it sustains that the process of candidate nomination was an internal affair of PDP, which is finally decided by the National Executive of the Party and if their choice was Senator Ekwunife, then the nomination is credible and justified.

The court condemned the Plaintiff,  Mr. Ifeanyi Francis Udechukwu for his choice of vulgar words against Senator Ekwunife, stating that the language was very disrespectful to her.

The judgement of the court also agrees with Senator Ekwunife’s cousel, Barr. Tobechukwu Nweke, who referred to the suit as “inglorious”, noting that the Plantiff was merely seeking attention by filing the suit.

The court also described Ifeanyi Francis Udechukwu as an Interloper who lacked locus standing to Institute the matter without participating in the primary elections for Anambra Central Senatorial District and was however awarded 600,000naira as fine, stating that it must be paid before any further step can be taking on the matter.

According to the constitutional provisions of section 285(9) of the 4th Alteration Act N0.21,2017 of the Nigeria constitution, the court held that the suit is therefore statute barred because it was filed outside the 14days constitutional mandates.

innonews - July 4, 2017 0
Lionel Messi has said he wants four Barcelona players sold as a precondition for him to sign a new contract with the La Liga...

innonews - May 9, 2018 0
The Owerri Capital Development Authority, OCDA has sealed off some hotels and resorts in Owerri, Imo State capital. According to a post on facebook by...