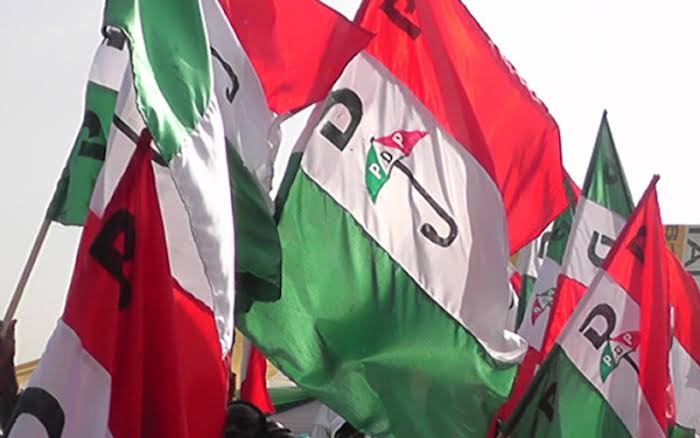 *The Behind The Scenes*

Suspicion, questionable loyalty, years of political hide and seek may be some of the cumulative factors which might have prompted the resignation of Mr.Charles Babatunde Ezekwem, as State Chairman of the Peoples Democratic Party, PDP in Imo State.

Ezekwem resigned at a time the PDP in Imo State is in “mourning period” over the dramatic loss of the governorship of the State.

Emeka Ihedioha, the party’s governorship flag bearer in the March 9, 2019 governorship election who later emerged Governor of the State was sacked by the Supreme Court on January 14, 2020.

The apex court declared Senator Hope Uzodinma of the All Progressive Congress, APC as the authentic Governor of the State.

Analysts had wondered why Ezekwem who heads the party should throw in the towel this time. But party sources said his resignation is just “a manifestation of unseen factors which like water has passed under the bridge for years during his reign as PDP Chairman.

But in his letter of resignation, Ezekwem seems to have lost faith in PDP’s determination to recover the mandate it lost at the Supreme Court.

Concerns were raised why he kept quite when the Supreme Court sacked his party man and then Governor, Emeka Ihedioha.

He however said he decided to resign “in view of the prevailing circumstances within my party viz a viz present standing as the State Chairman of PDP Imo State….”

He was accused of supporting Anyanwu during the Guber primary and when Ihedioha raised eyebrow, party leaders intervened and settled the rift.

He was also said to have made some key nominations into Ihedioha’s government including a Commissioner nominee who later died before Ihedioha was sworn in as Governor of Imo State.

However sources said the party Chairman was said to be unhappy with alleged high handedness exhibited by the leader of the party and this culminated in his side tracking from key issues affecting the party in the State.

He was said to have been sidelined in the party administration as then Governor Ihedioha was accused of relating more and closely with the State Party Secretary, Ray Emeana.

Emeana, a former House of Assembly member and a core loyalist of Dr (Mrs) Kema Chikwe, a former Minister of Aviation was said to be in charge of the affairs of the party .

Emeana had embarked on a thank you tour to the 27 local government chapters of the PDP in the State, a move analysts faulted on the basis that the party Chairman should have undertaken such responsibility except he either mandated the party Secretary to do so or he was indisposed.

Ezekwem said in his letter of resignation that he was dumping the PDP, thus feeling speculations that he may be on his way to the ruling party in the State, the All Progressive Congress, APC.

There are indications that Ezekwem’s possible move to the APC is a preparatory ground for the alleged switch of Senator Sam Anyanwu to the All Progressive Congress, APC from the Peoples Denocratic Party, PDP.

Anyanwu had been politically silent after he was last reported to be involved in talks with former Governor Rochas Okorocha and Senator Ifeanyi Araraume last year at a meeting in Abuja. He never denied.

Anyanwu’s ally, member representing Ikeduru State Constituency, Hon Uche Ogbuagu was reported to have dumped the PDP for the APC on Monday.

Efforts to reach him to verify these claims were futile as messages sent to him remained unreplied as at the time of filing this report.

The Senator had queried the PDP governorship primary which produced Ihedioha as the party’s governorship candidate alleging over voting. He took the matter to court where he lost.

In a swift response to his resignation and exit from the PDP, the party in a statement said it has accepted the resignation of Mr. Ezekwem.

The statement signed by the Publicity Secretary, Damian Opara reads:

“The attention of the Peoples Democratic Party, Imo State Chapter has been drawn to the resignation of the State Chairman of PDP Imo State Barr. Charles Babatunde Ezekwem.(Ikemba Okigwe).

“The Party hereby accepts the resignation of Barr. Charles Ezekwem and also notes that this is a trying time for both the Party and her teaming members in Imo State.

“We thank the State Chairman Barr. Charles Ezekwem for his selfless services to the Party.

“The PDP, Imo State hereby wish him well in his future political endeavours and if in the future, he has need to return to our great party, our umbrella will still big enough to accommodate him.

*Imo PDP On Self Purge?

Indications however emerged that there will be more defections of some party chieftains and members of the PDP to the ruling APC in days to come.

A party chieftain told this newspaper on condition of anonymity ” This things are usual. Betrayals are normal in politics especially at a time like this it seems all hope is lost in recovering our mandate taken away from us by the Supreme Court

” We are not losing sleep, the earlier the hawks among us leave, the better for the party” he said.

Buhari Speaks On Postponement Of Elections

innonews - February 16, 2019 0
President Muhammadu Buhari has expressed deep disappointment over the postponement of the presidential and National Assembly polls by the ...

innonews - January 15, 2021 0
Senator Samuel Anyanwu has revealed how some politicians used the Peoples Democratic Party, PPD in Imo State and dumped the party during...