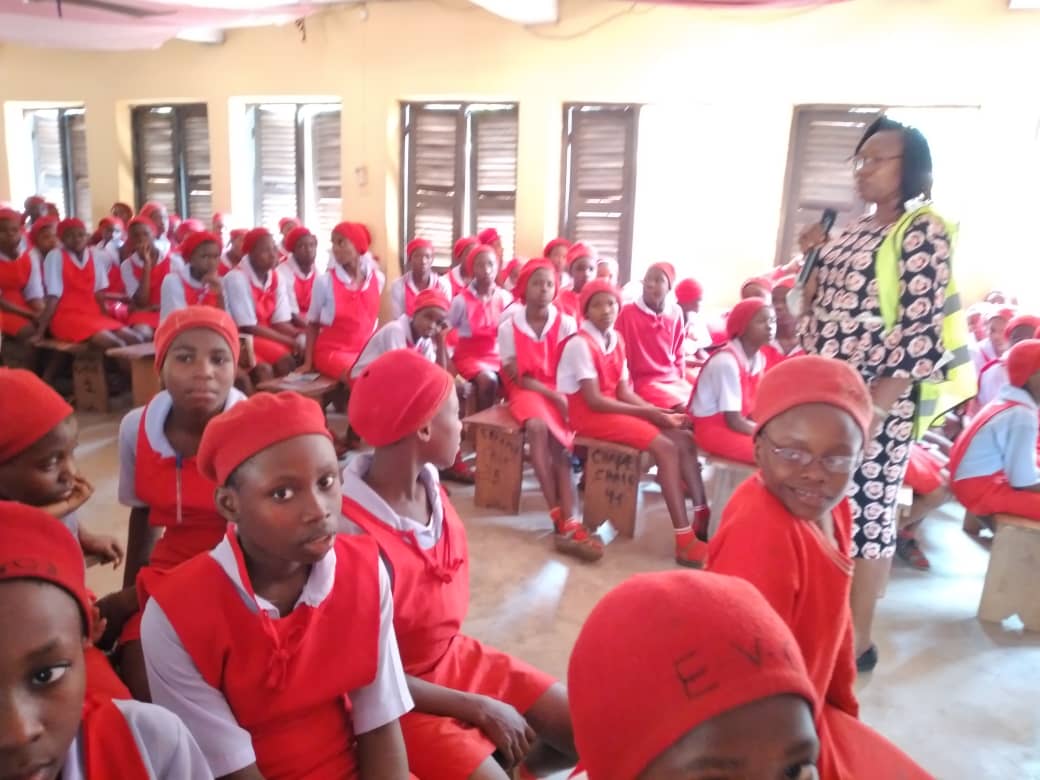 The UNICEF in collaboration with the National Orientation Agency (NOA) has urged Nigerian youths to always speak out and report any case of human rights abuses and not to keep mute.

The State Director of NOA, Mr Vitus Ekeocha gave the advice at the commemoration of 2020 International Day of Zero Tolerance for Female Genital Mutilation(FGM) in Imo State with the support of UNICEF at Annunciation Girls Secondary School, Umueze 1, Ehime Mbano, Imo on Thursday.

NAN reports that the theme of the commemoration is “Unleashing Youth Power, One Decade of Accelerating Actions for Zero Female Genital Mutilation by 2030.”

Ekeocha noted that the UN in 2003 set aside Feb. 6 every year to commemorate the Zero tolerance for FGM, saying last year’s theme was “Translating Political Statements into action.”

He said that this year’s theme was meant to encourage the Nigerian youth to speak out about human rights violations to help fight FGM and other human rights abuses.

The NOA Imo boss said the agency and UNICEF create constant awareness on the implications of human rights abuses and its effects on children especially the girl child and how to remedy the abuses.

He described the youth as the driving force of development in every society and who could play quality and important role in decision making towards abandoning FGM.

According to him, the televisions and the radio are fraught with reports of abuse of the girl child the world over.

“We want to engage the youths to be UNICEF advocates in abandoning FGM practice and other abuses. We want to impact knowledge on them because knowledge is power,” Ekeocha said.

Speaking, Mrs Ukachi Ukah, State Coordinator, National Human Rights Commission(NHRC) Imo State described FGM as an aggressive and violent act against women and the girl child and urged the students to report such acts and abuses as well as seek appropriate remedy.

Quoting UNICEF, said violence against children (VAC) include all forms of physical or mental violence, injury and abuse, neglect or negligent treatment, maltreatment or exploitation and sexual violence.

Ukah pointed out that there are high prevalence of VAC in Nigeria saying that before the age of 18, six out of 10 children experienced some form of violence, 50 per cent of them physical violence while one out of four girls and one out 10boys experience sexual violence.

She noted that violence has serious impact on the lives and future of girls and boys expressing regrets that children are not disclosing violence, nor seeking or receiving services.

A Legal Officer, with the National Human Rights Commission, Imo, Ihunanya Okoroji who spoke on Child protection said it involves preventing and responding to violence, exploitation and abuse against children.

She said that parents, guardians, government agencies and civil society organisations are responsible for protecting children.

Okoroji identified Imo State Child Rights Law 2004, Imo State FGM (Prohibition) Law 2017 and the Constitution of the Federal Republic of Nigeria 1999 (as amended) as the laws that protect children in Imo state.

She urged children to report to school authorities who would in turn report to the Ministry of Health, Gender Desk Office, Ministry of Gender and Vulnerable Groups Affairs, Child Development Department, NOA and the NHRC for appropriate action.

The Principal of the School Mrs Ngozi Izuogu through the Dean of Studies Mr Joseph Iwueke, expressed appreciation to UNICEF and NOA for the information.

She said the students, who are only girls, would continue to feel the impact of the visit and imbibe the teachings on their daily lives.

innonews - August 27, 2021 0
BY RALPH EJIMKONYE Fuel scarcity has continued to bite so hard in Owerri and environs, as the Independent Petroleum...

innonews - September 6, 2018 0
A serious manhunt for “Yahoo Boyz” may have commenced in Imo State as the State Police Command has nabbed four suspects involved in the...