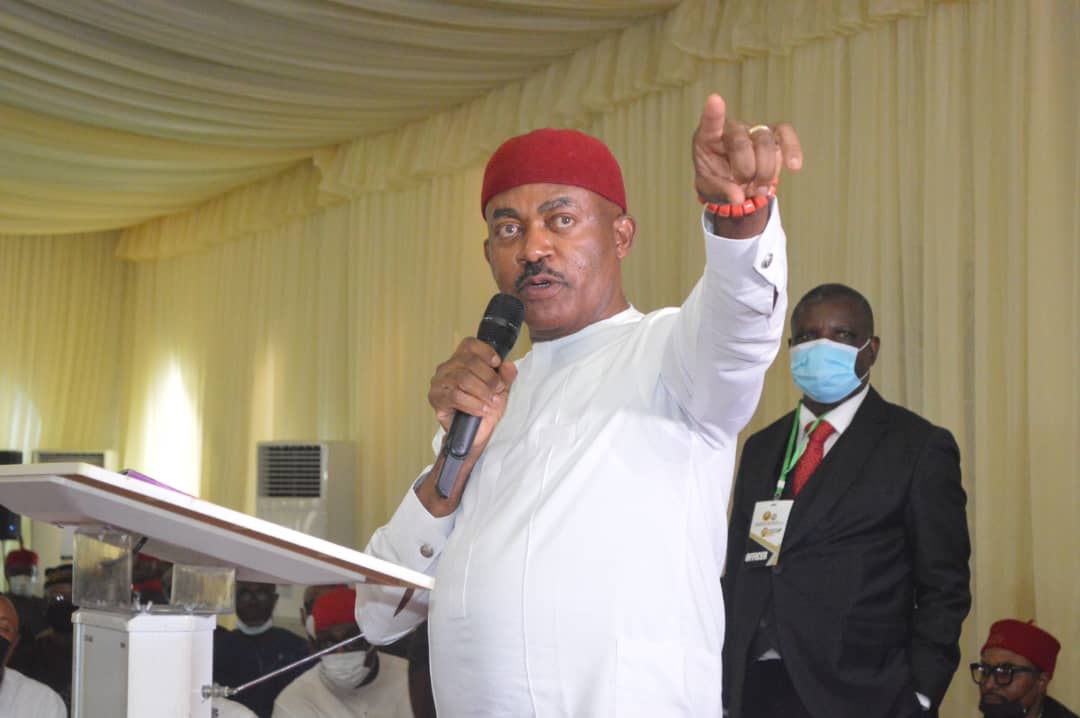 The frontline governorship Candidate of Accord, Dr. Godwin Maduka, has demonstrated capacity to lead Anambra state towards better and greater heights. Speaking during the Governorship manifesto defence and debate held on the 9th of October 2021 in Lagos state, the Okosisi Orumba spotlighted his overwhelming antecedents and infrastructural impacts in the state, he however reeled out his manifesto for the state, if elected Governor of Anambra state.

According to reports garnered by our Correspondent during the Governorship debate, Dr. Maduka had floored other candidates with his detailed stage presentation, charisma, donations and evidential points which he identified. His presentation was applauded by all Anambra Union Groups, other candidates supporters, media organizations amongst others.

Other party Candidates who were present during the Debate include, Mr Valentine Ozigbo of PDP, Chief Obiora Okonkwo of ZLP; Dr Chidozie Nwankwo of AAC, Chief Akachukwu Nwankpo of ADC and Chief Ben Etiaba of Alliance Party. It was also gathered that contestants had unceremoniously disappeared from the scene of the event in dispair. However, groups, associations and other Institutions appreciated Dr. Maduka with emphasis on his feats and other visionary prospects for the state. Most especially top Anambra State big wigs and Unions resident in Lagos State vowed to support and vote Maduka, who they believe is out to uplift the state.

Dr. Maduka while speaking with our correspondent after the governorship debate appreciated the entire members of AASDU Lagos state, for their interest to support his governorship mandate and platform to present his manifesto to them. The award winning philanthropist therefore assured them of his determination to lead the state towards greatness, through strategic planning and development initiatives.

While speaking at the end of the debate, The President of AASDU, Chief Amechi Ebeledike had emphasized that hardly any elected Governor emerge in Anambra state without partnership with the them.

innonews - August 19, 2017 0
The All Progressive Congress, South East Zone has expressed joy on the return of President Muhammadu Buhari from London. The party called for the end...

Linda Ikeji: My Advice To Young Girls Looking Up To Me

innonews - May 23, 2018 0
The popular blogger and a media icon, Linda Ikeji, today advices all the young girls looking up to her on social media. She posted this...