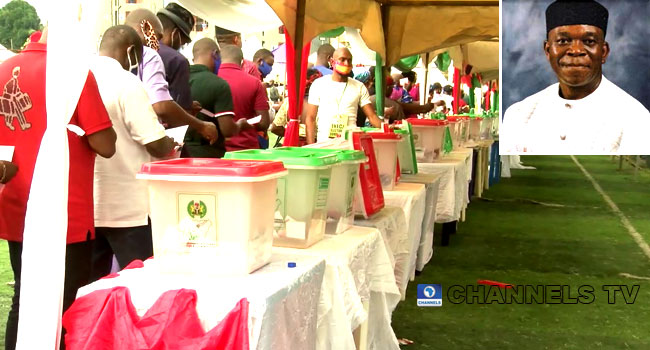 According to a statement by the party’s National Publicity Secretary, Hon Debo Olugunagba, rescheduled primaries will also hold Benue and Katsina States.

The party said it took the decision after delibrating on the reports of the Electoral and Appeal Panels on the congresses held in the affected States.

of Enugu State, as well as Boki/Ikom Federal Constituency and Yankur 11 State Constituency, both of Cross River State earlier scheduled for Saturday, June 4, 2022, have been cancelled” part of the statement stated.

innonews - January 14, 2023 0
Nigeria is cursed with bad leadership. This was revealed by the Spiritual Director of the Adoration Ministry, Enugu, Rev...

innonews - September 14, 2018 0
The Imo State Police Command have arrested two men for their involvement in abducting a corpse from a morgue in the State. Parading the suspects...

innonews - November 19, 2017 0
The All Progressive Grand Alliance, APGA has won the 2017 governorship election in Anambra State. Judging from the results released by the Independent National Electoral...

innonews - January 7, 2019 0
The Federal Government has distanced itself away from a press release circulating that President Muhammadu Buhari has ordered the arrest and...