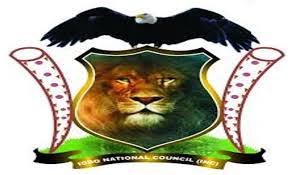 Following the beheading of the Sole Administrator of Ideato North Local Government Area, Christopher Ohizu by gunmen, the Igbo National Council, INC, has called on Governor Hope Uzodimma, to declare a state of emergency in the State.

The INC in a statement signed by its President, Chilos Godsent said it “watched with tears in our eyes the viral video of the humiliation and slaughter of Hon Chris Ohizu, the Sole Administrator of Ideato North LGA in Imo State by gunmen threatening to commit more deadly killings

“Consequently upon the above, the Igbo National Council (INC) hereby call on the Government of Imo State led by Senator Hope Uzodimma to immediately declare a state of Emergency on the rapidly growing insecurity in the State by mandating every Autonomous Community in Imo State to set up a functional community Vigilante Security Outfit that will be used as mechanism for intelligence gatherings and neutralization of planned crimes and attacks” part of the statement read.

The group also “recommended that the volunteers to the proposed Community Vigilante Security Outfit should be well trained on early warning, early responses and combat operations”

The Imo State government had condemned the brutally killing of Mr.Ohizu, which it described as calous.

innonews - July 20, 2017 0
Reports reaching this website indicates that the sacked chairman of the Peoples Democratic Party, PDP in Imo State, Barr.Nnamdi Anyahie was introduced  as chairman...

innonews - March 13, 2018 0
Fireworks have continued unabated in the Imo State chapter of the All Progressive Congress, APC with the State Chairman, Hilary Eke kicking against the...

innonews - October 2, 2017 0
By Amby Uneze Madness is in many forms and types and that is why “when you appoint a madman as a bus conductor, he waves...