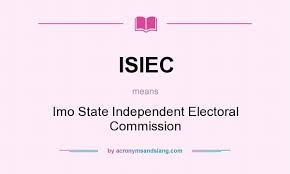 Despite announcing the intention of his government to hold the local government election in Imo State, the State electoral commission, Imo State Independent Electoral Commission, ISIEC is yet to fix a date for the polls.

This has left thousands of Chairmanship and Councillorship aspirants desperate wondering if the state government is sincere in conducting the elections.

Governor Rochas Okorocha of Imo State had announced to journalists in Owerri that the elections will hold in September 2017.

The state government had earlier said the polls will take place in January 2017 but never fulfilled its promise.

Governor Okorocha few months after he assumed office in 2011 sacked elected Local Government Chairmen and Councilors- an act seen as unconstitutional since the law does not permit him to do so.

The Chairmen, mainly of the PDP, went to court to challenge the governor’s action. The Appeal Court ruled in their favour calling for their reinstatement.  The State government never complied with the Court Order and has since run the councils with caretaker committees, Sole Administrators and Transition Committee Chairmen.

However, the optimism which trailed the latest announcement to conduct the Local government election in the state by Okorocha has not been matched with any visible signs that the polls will take place.

The State Independent Electoral Commission, ISIEC, is yet to take steps and measures to signal its intention to hold the polls.

This newspaper gathered that what may be delaying the polls may be a bill sent to the House of Assembly by the executive which requested an amendment on the tenure of the LGA executives.

However, despite the delay, some of the aspirants especially those in the APC have expressed optimism that the election will take place.

Lukaku Speaks On His Love For Juventus