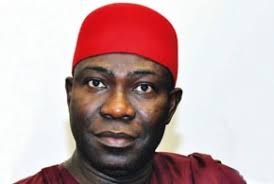 The Police in Abuja raided the home of the Deputy Senate President of the senate, Senator Ike Ekweremadu in Maitama Abuja.

Ekweremadu’s Special Adviser, Uche Anichukwu was quoted to have confirmed the raid. He said neither the Deputy Senate President nor any of his senior aides was told before the search. He said only a steward was present when the cops who claimed to be from Force Headquarters arrived at the 10 Ganges Street, Maitaima guest house.

He said noting was found from the search.

Senator Ike Ekweremadu had alleged two weeks ago of alleged plans by the EFCC to raid his home.