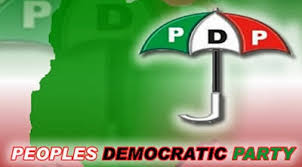 The Supreme Court is set to pass its judgment in the ongoing legall fireworks between factional leaders of the Peoples Democratic Party, PDP, Ahmed Makarfi and Ali Modu Sherrif.

The Court had entertained various applications relating to the leadership struggle during Tuesday’s sitting.
Counsel for Sherrif, Akin Olujimi had contended that Makarfi request amounts to abuse to court process.

He said the Makarfi faction cannot present an application in the name of PDP, saying Sherrif is using two different processes to sustain his appeal.

Makarfi’s lawyer, Wole Olanipekun had told the court to ignore the request made Sherrif’s counsel.
After entertaining both submissions, the five man panel of justices led by the Chief Justice of Nigeria, Wale Olanipekun,adjourned the hearing till a date yet to be communicated