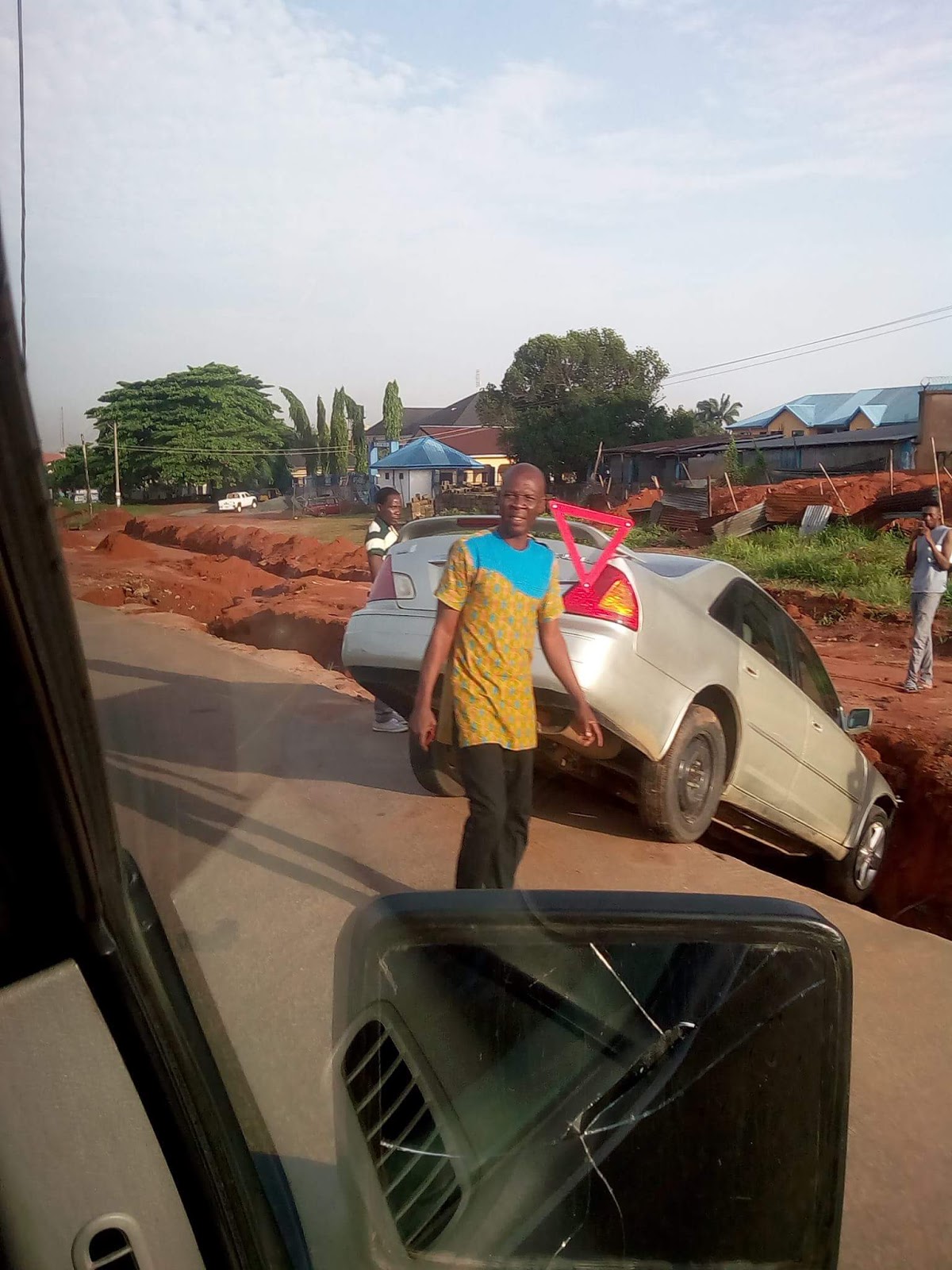 Tragedy was averted Sunday when a Toyota Avalon plunged into a deep gully along the busy MCC- Uratta Road, Owerri, Imo State.

The Details of the incident was sketchy but an eye witness told this newspaper that the gully was filled with water after a heavy down pour on Sunday evening.

The unsuspecting driver of the vehicle unknowingly plunged his car into the gully as it was covered by the rain water.

It was uncomfirmed if the occupants of the vehicle sustained injuries.

The gully is an artificial one created by contractors who are carrying out road expansion on the road.

A similar incident had occurred a forthnight when a driver plunged his car into a deep tunnel located along Bank Road, Owerri

INEC Deadline: Big Drama Yet To Unfold In Imo APC?

innonews - November 25, 2018 0
*Will Uche Nwosu Decamp To Another Party?* *Can Senator Uzodinma Drop His Running Mate?*  *Caretaker Committee For Imo APC In The Offing? * *By RALPH EJIMKONYE* As the...

innonews - September 13, 2017 0
"Abia State has for the past few days been the focus of security searchlight occasioned by the reported skirmish between some groups in the...

innonews - August 2, 2018 0
President Muhammadu Buhari will win with over 75% votes in the South East in the 2019 general elections. This was disclosed by a former Governor...